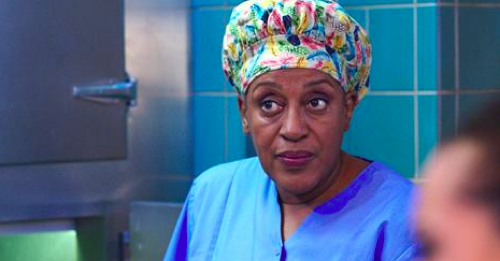 Tonight on CBS NCIS: New Orleans returns with an all new Tuesday October 27, season 2 episode 6 called, “Insane in the Membrane,” and we have your weekly recap below. On tonight’s episode, the team participates in the city’s annual Red Dress Run.

On the last episode Special Agent Pride was sent a partner from the Australian Defence Force Investigation Service, Special Agent Naomi Parsons (Kate Beahan), after an Australian Royal Navy Lieutenant, who was key to international negotiations on nuclear weapons, was murdered in New Orleans. Did you watch the last episode? If you missed it, we have a full and detailed recap right here for you.

On tonight’s episode as per the CBS synopsis, “the team participates in the city’s annual Red Dress Run, but the event is cut short when a petty officer is found dead from a drug overdose.”

Tonight’s episode looks like it is going to be great and you won’t want to miss it, so be sure to tune in for our live coverage of CBS’s NCIS: New Orleans at 9:00 PM EST! While you wait for our recap hit the comments and let us know how excited you are about the season 2 episode 6.

The Red Dress Run is a charitable event held in New Orleans. It’s when people all come dressed in literally a Red Dress including men for a marathon run through the quarter. And this year the local NCIS department were excited to attend.

However the death of Petty Officer Kelsey Weaver caused an abrupt end to their day off. Their victim was last seen running through the streets screaming about a man following her with a gun. And that was odd because no one saw this man expect her. In fact all they saw was a clearly hysterical Weaver.

So Percy later looked at all the footage from that day and she proved the witnesses were right. Weaver hadn’t been followed and odds are the man she was seeing was a mere figment of her imagination. And that angle was investigated. But Weaver hadn’t been suffering from a mental illness as much as she was coming down off the effects from Flakka.

Tox screen results came back in and Weaver was shown to have been on Flakka. Flakka is a new drug that causes quite vivid hallucinations and it has also showed up recently on the New Orleans party scene. Within a week there had already been three reported deaths where the victim had Flakka in their system so Pride warned his team that they were possible looking at an epidemic.

Therefore it came became their task to find the Flakka distributor that had sold Weaver the drugs and shut down the up and coming drug scene.

And when the team eventually found Anthony who happens to be the man that sold the drugs to Weaver, they knew they had the right man. He was high on Flakka himself and unfortunately that gave him a little bit of strength. So he was able to evade three NCIS agents and he probably would have made a run for it if The Ghost hadn’t been called.

The Ghost is the name of assassin that works for the Triads. And it’s the Triads that supply the local drug dealers all their drugs. Thus they must have gotten wind of Anthony being on the run and chose to silence him rather than assist.

But The Ghost made one mistake. He thought that just because no one has ever seen him that it was ok to leave something like DNA behind and that gave Sebastian all he needed to identify him. Sebastian you see has been playing around with the latest tech out there and that meant he suddenly had the means to create a face for a possible suspect using only the genotype from their DNA. And so he found out the Ghost was actually Roger Liu.

Liu worked in chemical engineering which turned out to be a great front for drugs. And he had done a runner long before NCIS had time to visit home.

So they lost out on capturing the Ghost but an investigation into the man’s finances showed that he had hidden bank accounts all across the world. Furthermore, in addition to proven his shady dealings, the team also found out that Liu had had several meetings with Councilman Hamilton. But whether it was luck or divine intervention their investigation constantly seemed to bring them Councilman Douglas Hamilton’s doorstep.

It was one of the councilman’s aides that directed Weaver to a party and then there was photos of him meeting with Liu. Therefore Pride couldn’t walk away from this one. He had to break his truce with the other man if it meant he found answers.

And Hamilton did have his answers. He said it was common knowledge that he was running for Mayor and that he was merely soliciting donations from Liu whom he knew as a wealthy businessman. Yet he’s Hamilton after all so he had heard about Pride’s investigation and he offered to grease some wheels. He said had made contact with the mother of a known drug dealer and that he could get the kid to cooperate with NCIS. Which he did.

Kendrick decided to act as a front for Percy when she went in undercover as a drug dealer. Now Percy used to have people in her life that got caught up in drugs but she distance herself after a friend died. So this case had been bringing up a lot of emotions for her and that could have compromised her case. But she benched those feelings and ultimately decided to trust Kendrick who stood for everything she was against.

And turned out to be the best thing she could.

It was Kendrick that made contact with Liu’s people and arrange a meeting. Though he couldn’t bring her directly face to face with the man they were looking for. He could only get as far as a third-party because Liu had implanted safety measurements.

Both Percy and Kendrick were taken to a location and there she did meet Liu. But he wanted her to prove her loyalty by killing Kendrick so she got them out there. And they were in the middle of hiding when Pride showed up.

Pride and his team arrived in time to save Percy and Kendrick though Percy had some interesting intel. She said Liu was willing to give her the drugs and discuss price later. Although that hadn’t made any sort of sense to Percy. She said no one would made such an offer unless money wasn’t the real objective.

So they untangled Liu’s financial situation and they found out a slush fund had been paying him off. Councilman Hamilton’s mayoral opponent had been the one to pay off Liu. It seems Mr. Singh wanted to ruin Hamilton’s career for being tough on crime by creating a drug wave and it would have worked if it hadn’t been for NCIS.

And after the case wrapped up, Brody had a chat with Sebastian about the photos she keeps getting and he told her there was a message encrypted in them. The message said her sister’s death wasn’t an accident. It said it was murder.