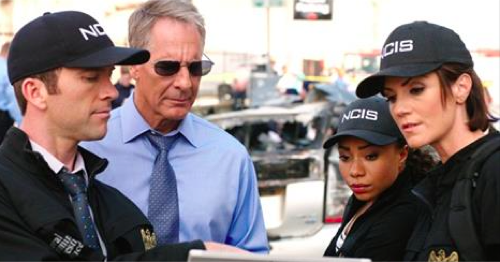 Tonight on CBS NCIS: New Orleans returns with an all new Tuesday  November 10, season 2 episode 8 called, “Confluence,” and we have your weekly recap below. On tonight’s episode, Pride (Scott Bakula) and Sonja  (Shalita Grant) are ambushed after traveling to Texas.

On the last episode Brody’s mother, Olivia, helped the team search for a stolen heart that was intended for transplant into a genius Navy coder. Did you watch the last episode? If you missed it, we have a full and detailed recap right here for you.

On tonight’s episode as per the CBS synopsis, “Pride and Sonja are ambushed after traveling to Texas to escort a key witness for the trial of an infamous arms dealer who Pride apprehended.”

Tonight’s episode looks like it is going to be great and you won’t want to miss it, so be sure to tune in for our live coverage of CBS’s NCIS: New Orleans at 9:00 PM EST! While you wait for our recap hit the comments and let us know how excited you are about the season 2 episode 8.

The main witness in an ongoing case against an arms dealer was murdered on tonight’s episode of “NCIS: New Orleans”.

Apparently Don Lambert had ditched his Federal Marshal detail by climbing out through a window when they weren’t looking. So it was his own choice to walk away and take a turn around the quarter without any kind of backup. Yet the actual circumstances hadn’t stopped Don’s widow from somehow blaming Pride for Don’s death.

She said it was Pride that had looked both her and her husband in the eye to promise them that nothing was going to happen to them. But the second Don agreed to testify against his former employer, it was like their life as they knew it was suddenly over. They had to move over a hundred miles away and change their names. And they weren’t even allowed to contact their families.

So naturally Don had used that as an excuse for running out on the day he was killed. He had called Pride and said that he needed some time where he could be himself. Only he found out he couldn’t go home again the hard way.

But Don’s widow Vivian was blaming Pride and Pride was blaming himself. It had been him that had reached out to Don as part of an earlier investigation. Don had been working for Hugo Garza back then as his accountant and therefore he had information that could land Gaza in prison for stealing Navy assets as well as weapons trafficking.

However without Don in the picture, Pride then had to turn to Maslow who was Don’s former partner at the accounting firm. Maslow like Don had key insight into Gaza’s finances, but while Don was clean, Maslow had been wrung up on racketeering charges. So again Pride had stepped in and gave the attorney on the case some advice.

He had told her that Don was a better bet thereby a more credible witness against Gaza and that meant Maslow was cut out of a deal that could have reduced jail time. So the fact that Pride eventually needed his help became an opportunity that Maslow used to be petty. He ended up making Pride beg him to testify and even had the other man throw in an apology on top of it.

So thanks to some humbling on his part, Pride did find a way to salvage the case against Gaza. But providing escort to Maslow was task he hadn’t been counting on.

Pride had taken Sonja with him because he told her that he wanted to get to know her better on the road. Yet, once they were in the car, it seems he already knew enough. He knew she had been seen in front of a well-known drug dealer’s house and asked if the drug dealer had been the friend she couldn’t save.

So he made Sonja open up to him and then put things in perspective for her. And though she didn’t want to listen to what he had to say, she did come to respect his advice.

And that’s why she was even willing to risk her own life for his when they were ambushed on the road with Maslow. Apparently someone had placed a tracker on Maslow’s vehicle and that meant whoever had killed Don were then able to trace Maslow’s every movement. But surprisingly it wasn’t the shooters’ intentions to kill Maslow. In fact they were targeting Pride.

It seems LaSalle and Brody hadn’t been idle while their coworkers were busy transporting a criminal and they found out the bomber’s name was Ethan Greer. And Ethan like the chemical used in the car bomb that killed Don – had no connection to Garza. Though oddly they did end up having a connection to Zed Hastings who was part of a militia that Pride had disbanded.

Thus the murder of Don and “attempted” murder on Maslow had always been about getting to Pride. But fortunately Pride realized that in time and he managed to deliver Maslow to Garza’s trial as well as finally bring in Zed. And after that, the team finished putting all the dots together.

Maslow had shared a cell with a former militant so he made a deal with them. They killed Don for him thereby allowing him to cut his sentence and he would ask that Pride personally transported him. So when you think about it – it was a good plan.

But Zedd shouldn’t have trusted Maslow. Maslow turned him like he had turned on everyone else.

And Zedd’s boss wasn’t too happy with him for getting arrested.