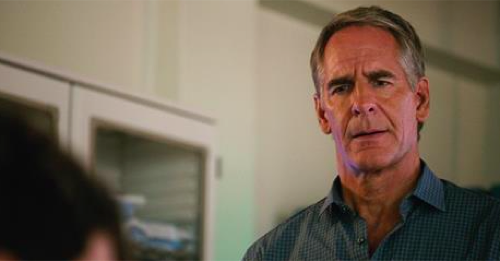 Tonight on CBS NCIS: New Orleans returns with an all new Tuesday  November 3, season 2 episode 7 called, “Broken Hearted,” and we have your weekly recap below. On tonight’s episode, Brody’s  mother, Olivia, (Annie Potts) helps the team search for a stolen heart.

On the last episode the team participated in the city’s annual Red Dress Run, but the event was cut short when a petty officer was found dead from a drug overdose. Did you watch the last episode? If you missed it, we have a full and detailed recap right here for you.

On tonight’s episode as per the CBS synopsis, “Brody’s mother, Olivia, helps the team search for a stolen heart that was intended for transplant into a genius Navy coder.”

Tonight’s episode looks like it is going to be great and you won’t want to miss it, so be sure to tune in for our live coverage of CBS’s NCIS: New Orleans at 9:00 PM EST! While you wait for our recap hit the comments and let us know how excited you are about the season 2 episode 7.

There’s a murder conspiracy website out there and Brody found out her sister was on it. So doing the right thing, Brody tried to tell her mother about the website. Yet the older woman refused to take it seriously.

Instead she found a reason to make a joke about the website. She claimed that it was most likely an ex-boyfriend of Brody’s that had set it up because he had always been a little too weird for her. And that the images that Brody was also getting was probably his way of trying to get her attention again.

But Brody never got a chance to refute that to her mother. Mrs. Brody came to town on business and was sentimental enough to want to spend actual time with her daughter. So the next time Brody saw her mom was when she suddenly needed to ask her some questions regarding a recent investigation.

Two Naval Foreman were found murdered by the Naval Branch Health Clinic. Apparently someone had placed a call in order for the bodies to be found but it was a while before Brody noticed that Foreman Mott had his CAC card missing. The CAC card was his credentials for getting in and out of the hospital and there was only one reason why anyone would remove it.

Mott had been put in charge of carrying out a secret mission for DARPA. A naval organization that Mrs. Brody just happens to work for. So they went to her New Orleans office to figure out what Mott must have been doing under her orders.

And it turns out he was supposed to oversee an organ transfer. Mrs. Brody has a top notch naval technician that was on the brink of shutting down well over 97 percent of criminal activity online and unfortunately her guy was sick. Teen prodigy Max Pinzon needed a heart transplant and because his blood type is so rare then he only has the odds of 4 billion and 365 thousand to one of getting a new heart.

Yet someone stole the one Mrs. Brody found him. And that’s why Mott, Baldwin, as well as two other naval officers were murdered.

The heart had been hijacked. It was later revealed that someone had hired a hit-man to kill anyone who stood in the way of collecting that heart and, on top of that, the people behind the heist had even replaced the viable with a decoy so that NCIS would think Max had lost out. But luckily they hadn’t been counting on Loretta. She saw the heart that had been left behind with a bullet in it and she realized from a quick glance that it would have been too big for the young Max.

So that’s when the NCIS knew a switch had been made and looked into the black market. Unfortunately, though, hearts hadn’t been in demand. But someone did request a doctor.

And following that bread crumb, the team found who had set everything in motion. His name was Thomas Dolan and he was on the FBI Most Wanted list. Yet Dolan wasn’t out to sell the heart. He actually needed it for himself.

The last records the FBI had on him, showed that Dolan needed a heart transplant but carried a rare blood type. Thus finding out about Pinzon and his upcoming surgery must have been a godsend to him. Especially it was the only thing that made him come out of hiding after years he spent on the run.

Plus desperation would explain why Dolan allowed to himself caught on a traffic camera. For that was how the NCIS were able to figure it had been behind the heist. However tracking stolen medical equipment proved to be too much for them.

If they had Max’s program then they would have been able to track the equipment in an instant. But without it, they just had to keep an eye for suspicious activity. So it was by pure chance that the agents found out which clinic Dolan was secretly using. It had been the only clinic that had been shut down yet was still show up on the electric grid.

Though, by time the agents arrived on the scene, Dolan had already gone ahead with his surgery and had been left brain dead by the operation. So Pride had the doctor keep Dolan’s heart beating while they rushed him to the hospital. Where he hoped he could then return it to its rightful owner – Max.

But the heart had been too badly damaged and sadly Max didn’t make it through his surgery.

Although, before he went under, Max had made Plame promise that he would finish the program if Max didn’t make it through surgery. So Plame is now going to do what his young friend couldn’t. And eventually thanks to their efforts – the dark web will be shut down one day.