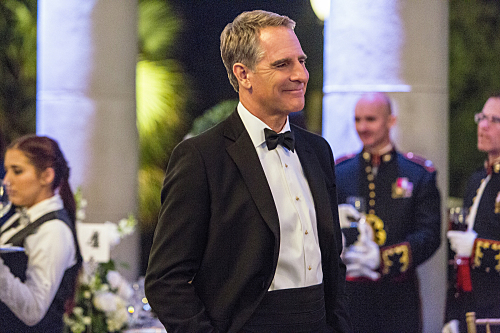 Tonight on CBS NCIS: New Orleans continues with an all new Tuesday January 6, season 1 episode 11 called, “Baitfish,” and we have your weekly recap below. On tonight’s episode, the NCIS team investigate a deadly explosion at the Navy-Marine Relief Gala and discover Pride was the intended target of the bombing.

On the last episode, the NCIS team investigated the murder of a retired SEAL who tracked down individuals impersonating military personnel. But the case took a mysterious turn when the lead suspect was found with the Navy-issued jacket of an officer believed to have been killed in the line of duty in Afghanistan. Also, Brody discovers the normally holiday-obsessed Lasalle is inexplicably unenthusiastic about Christmas. Did you watch the last episode? If you missed it, we have a full and detailed recap right here for you.

On tonight’s episode as per the CBS synopsis, “the NCIS team investigates a deadly explosion at the Navy-Marine Corps Relief Gala event they were attending, and discovers that Pride was the intended target of the bomb.”

The gang was enjoying a rare night out when they’re joy was cut short by what appeared to be a terrorist attack. The NCI team were at the Navy-Marine Corps Relief Gala when someone detonated a bomb that killed several naval personnel and civilians. And more importantly injured over a hundred people.

But the crime itself hits closer to home for some. It seems the bomb went off not that far from Pride’s table and his daughter’s boyfriend’ life is currently hanging in the balance.

So this crime can’t fobbed off on someone else. Pride won’t allow it. If he’s going to have peace of mind then it’s his team that has to investigate the bombing. Frankly, no one knows Pride’s enemies as well as he does. He’s had a long career and if anyone is targeting him then he’s the best guy to look into attack.

And it seems he was right. His list of foes started with a guy named Dante and it looks he was right to start there.

Dante was a mobster that had big dream for New Orleans before Pride derailed it all by arresting the people he was in league with. Pride had most of Dante’s family away in prison and he had even destroyed the family’s infamous syndicate they had been running for years. So Dante was best person to look in because it appears he never forgave Pride for destroying the family business.

Dante had told several friends that he was looking to rebuild his father’s old business and he had also admitted to his sister (who unlike him was never part of the business) that it wasn’t for Pride their family would still be on top. So this fight is personal for him as well. And he’s been arming himself for a while now in order to gear up for it.

Dante got an old prison friend to hook him up with several forms of fake identifications. So he has more than one soldier prepared to kill for him!

And kill he will. Dante’s former partner Paul had turned on him and was even speaking to Pride about where Dante could possibly be hiding when someone threw a bomb through his window.

By time Pride had arrived, Paul was burned to a crisp and the hunt for Dante was going nowhere.

They tried to catch Dante by holding a drug bust and yet LaSalle found out he wasn’t the only one with that idea. Instead of meeting up with Dante – he was accidently introduced to the DEA agents that were also hoping to pull off a sting.

So right away the team knew they wouldn’t be able to catch Dante using his side business. And after they realized that they then started to look into properties he might have taken out.

They eventually found Dante at one of the hideouts, but get this he has an alibi for the bombings. It seem he was willing to confess to a drug deal if it got him off on murder charges. And though no one had doubted he was guilty – he was actually able to corroborate his drug story.

And that meant they were looking into the wrong guy all along. Pride thought it was Dante that was behind the personal attacks when the truth he had the culprit right in the crosshairs and lost him.

The man that had died in the second bombing wasn’t Dante’s former lieutenant Paul. Loretta later checked the dental records and none of it matched up. So the real Paul got away with murder and now that Dante’s and co have been put behind bars – Paul basically has control of the city’s drug supply all to himself.

Laurel Pride’s boyfriend woke up from his medical induced coma but how will her father explain to them that he let a killer walk free?