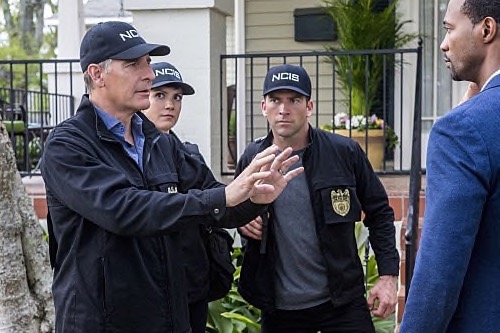 Tonight on CBS NCIS: New Orleans returns with an all new Tuesday April 14, season 1 episode 20 called,“Rock-A-Bye Baby,” and we have your weekly recap below. On tonight’s episode, a Navy commander’s car is stolen with his baby inside. The NCIS team investigate to determine whether it was a random carjacking or a targeted abduction.

On the last episode, while conducting an autopsy on a Petty Officer who was believed to have died from natural causes, an armed man entered the morgue and holds Wade, Sebastian and Danny hostage. Did you watch the last episode? If you missed it, we have a full and detailed recap right here for you.

On tonight’s episode as per the CBS synopsis, “when a Navy Commander’s car is stolen with his baby inside, the NCIS team must determine if this was a random carjacking or a targeted abduction”

What initially looked like an everyday carjacking gone wrong turned out to be even more sinister on tonight’s episode of “NCIS: New Orleans”. Naval Commander Josh Newman was merely trying to unload as many groceries as he could before taking his nine month old daughter out of the car and thus disrupting her. But before he could get to her – someone stole his car with his daughter still in her car seat.

So, at first, NCIS was called in to look into the carjacking. Yet after they received a call from Special Agent Abigail Borin, they knew they needed to stop classifying their case as carjacking because what they had on their hands was a kidnapping. Abigail it seems led them to Newman’s car and there were no signs of the baby. Lulu’s car-seat had been taken out and someone submerged the car in the nearest river to get rid all of the evidence.

Add to that, there was also another set of car tracks at the scene. Meaning more than two people were in on this and whatever “this” is was well planned.

Although that doesn’t the question “why”. Josh and his husband Marlon admitted to having problems with the birth mother. However, while trashy and slight extortive, Cassie didn’t even know her biological daughter was missing. So the team had to widen their search.

And eventually someone at the supermarket remembered there being a young Asian woman with the both Marlon and his daughter.

This woman, that Marlon never mentioned, had a long history in corporate espionage and suspected ties to the Chinese government. So further digging ended up proving she was one of the Chinese’ operatives. But the guys at NCIS didn’t understand what her connection to Marlon was until they got the very concerned father to confess – to an affair that it.

Apparently before Marlon came out as a gay man, he would date woman to hide that little fact. So when he met someone that shared his interests, at a time when he had a new baby at home; he allowed himself to fall into a trap. And it was a trap. Marlon’s job deals with “sensitive materials” and the Chinese sent in one of their own to discover everything she could.

But she failed. She never got Marlon to tell her what was going on at work and she also didn’t get close enough to plant a listening device. So by time NCIS caught her – all she could offer them was her footage from surveillance camera in exchange for a one-way ticket back to China.

Thanks to the illegal surveillance cameras, his truck was spotted outside of the Lulu’s home for the past four days in a row. Hence, the agents knew they had to question him about it however before they could demand Lulu’s return – someone else got to their suspect. Gomez was found murdered inside his own home and the only clue that Sebastian had to work with is that whoever had done the deed reportedly had stains from dealing with kosher meat on their hands.

So they looked into who did the deliveries at the supermarket and low and behold they found Phil Burke. A name that instantly rang a bell. Earlier at Gomez’ crime scene, they found an adoption form for a couple by the name of Phil and Anne.

Phil Burke and his wife have been trying to adopt a baby for a while. But each time they put up a petition it was rejected. That primarily happened because the home visits all saw the same thing – the Burkes were grieving. And that didn’t justify giving them a baby.

Not that long ago, Phil and his wife Anne lost their daughter to SIDS. Something no parent could see coming but Anne fell apart afterwards. And the only way Phil knew how to fix it was to give his wife a new baby. But the adoption system doesn’t work like that so Phil confessed to Pride to stealing Lulu.

He said he just wanted to make his wife happy and that he didn’t want to hurt anyone. But then his friend Gomez found out about what he did and was going to report him. So Phil killed him.

And though Phil didn’t want his wife to lose another baby, he did finally tell Pride and his team where Lulu was. His wife had taken the baby to the waterfront where she thought they were going to raise their new daughter Julia but sadly she only learned about her husband after the fact. He told her their adoption had gone through.

So, upon learning the truth, Lulu was returned to her parents and both her dads swear they’ll be better with her from now on.