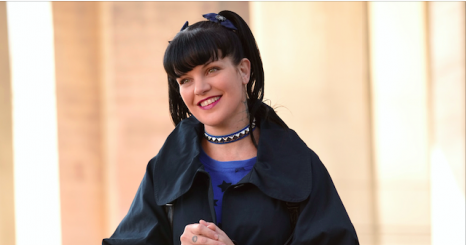 Tonight on CBS NCIS returns with an all new Tuesday October 6, season 13 episode 3 called, “Incognito” and we have your weekly recap below. On tonight’s episode, a marine is murdered at Quantico hours after calling Gibbs (Mark Harmon) to discuss a possible case.

On the last episode, NCIS assisted a DEA agent on a drug-running case that keeps going cold, after Gibbs agreed to help a friend who shared a tragic past. Meanwhile, the team gossip about Gibbs’ new look after he replaced his standard military haircut and polo shirt with a modern cut and tailored dress shirt. Did you watch the last episode? If you missed it, we have a full and detailed recap right here for you.

On tonight’s episode as per the CBS synopsis, “a marine is murdered at Quantico hours after calling Gibbs to discuss a possible case. Bishop and McGee go undercover as a married couple to run surveillance on a marine lieutenant and his wife.”

Tonight’s episode looks like it is going to be great and you won’t want to miss it, so be sure to tune in for our live coverage of CBS’s NCIS at 10:00 PM EST! While you wait for our recap hit the comments and let us know how excited you are for the season 13 episode 3.

Earlier, a friend of Gibbs had called him about a possible case. However that friend was Major Newton and the reason that name sounds familiar is because he once worked with the NCIS on a prior case and eventually they found their suspect.

But, at the time, Newton swore there was accomplice and so over the years the gang has gotten quite few phone calls from him about some theory or another involving said accomplice. And none of those theories of his have ever panned out. So it would be kinder to say that Newton had become sort of a Chicken Little around the office.

He would claim he found a lead and he automatically would bring it to the NCIS to investigate.

Though Gibbs never held that against Newton and he appeared to be one of the few people left to take Newton seriously. So when Newton called again, Gibbs and Anthony went out to Quantico where Newton was recently teaching Military Law Enforcement. And it was their intent to investigate whatever theory he came up with.

Unfortunately, however, the guys never got the chance to interview Newton much less find out who he was investigating. Newton’s body had been found in the nearby ravine and it had looked like he died shortly after his call to Gibbs. And the only things he had on him was his VOQ room card, cellphone, and a bracelet.

And so Newton’s death naturally raised a couple of flags. Thus Gibbs didn’t have a choice about what he upon hearing about his friend. Gibbs quickly stepped in and proclaimed the crime scene to be under NCIS’s jurisdiction. Because while the officers at the scene initially believed Newton’s death was an accident, Gibbs had a gut feeling that Newton’s recent investigation was what brought about his death.

See the case that just never went away was an armory theft. And Newton felt that if they didn’t catch the accomplice then a second robbery was bound to happen.

Yet he hadn’t given his friends a lot to work with. He simply arranged for them to meet up following the call and, when that didn’t happen, the team had to go searching through his items. And what they found was a plastic knife. Newton had taken a knife from the Quantico cafeteria and he had wrapped in a napkin before placing it in an envelope.

So DiNozzo theorized that maybe the envelope had been for Gibbs. After all Abby ran the necessary tests on the knife and found a fingerprint matching a Lauren Hudson. Lauren being the civilian wife of Marine Lieutenant Dean Hudson.

And although nothing seemed to be standing with those two, Gibbs felt there were holding back when he questioned them about Newton.

Hence, Bishop and McGee were chosen to go in undercover as a married couple in order to get the dibbs on the Hudson. And there was slight hitch with that plan. Bishop was currently angry at McGee when they got that wonderful opportunity of being forced into living together.

Bishop had apparently come up with a surprise for her husband Jake. She was going to take him to the Caribbean for their anniversary but she hadn’t told McGee that the trip was a surprise. So he ended up chatting with Jake and spilling the secret.

And that trip was actually very important to Bishop. She and her husband have been experiencing some problems lately in their relationship and so she was hoping a grand romantic gesture would get them back on track.

So that loss of that chance, put Bishop at odds with McGee.

They weren’t talking to each other unless they honestly had to and even then a lot of calls got ignored when it really mattered. Like when they found out that the woman pretending to be Lauren Hudson was really Dean’s mistress and that the wife was dead.

McGee followed the wife but, because he ignored a call form Bishop, he couldn’t talk her out of her foolish plan to break into the Hudson house. And after she left her phone, Abby couldn’t warn about Dean returning home early.

Luckily, Bishop could take care of herself but both she and McGee realized afterwards that it would be best if they got past the whole ruined anniversary gift.

And Bishop didn’t risk her life for nothing. She was the one that found the real Lauren’s body. It seems her husband had murdered her in order to live off of her inheritance with his mistress Rita Applegate. So the entire case had nothing to do with the armory theft.

Newton just kind of stumbled across what they were doing and then tried to warn Gibbs about it.