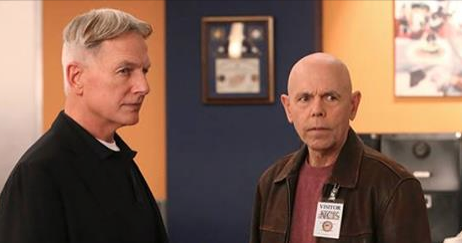 Tonight on CBS NCIS continues with an all new Tuesday January 13, season 12 episode 12 called, “Enemy Within” and we have your weekly recap below. On tonight’s episode the NCIS team searches for a home-grown terrorist after a rescue mission in Syria reveals an American was involved in the capture of a social worker.

On the last episode, the NCIS team had to investigate a series of crime scenes that appeared to be copy-cats of previous cases. Also, two of Gibbs’ ex-wives, one of which the team had yet to meet, showed up at a crime scene to discuss something important with him. Did you watch the last episode? If you missed it, we have a full and detailed recap right here for you.

On tonight’s episode as per the CBS synopsis, “the NCIS team searches for a home-grown terrorist after a rescue mission in Syria reveals an American was involved in the capture of a social worker. Meanwhile, McGee and Bishop question DiNozzo’s unusual behavior. Joe Spano guest stars as Senior FBI Agent T.C. Fornell and Marisol Nichols guest stars as ATF Special Agent Zoe Keates.”

On tonight’s episode of “NCIS”, an American social worker was rescued from jihadists in war torn Syria. And because it was the Navy SEALS that carried out the mission – the victim’s, Sarah’s, case has now become NCIS’s top priority. It seems people in Washington have plenty of questions for her. They want to know why this young woman was targeted in the first place and whether or not other American volunteers are at risk.

Hence, the SEALS were asked to collect as much evidence as they possible could before they made their return trip home. Yet what they brought back with them has made this case take on a whole new level of importance.

Abby found records to go with one of the fingerprints she picked up off one of the weapons. And it ended up matching an American. Meaning there’s a home grown terrorist out on the loose.

Kyle, that’s his name, had a Syrian father and an American mother. He was raised in the states and he went to school in the states. Yet for some reason he’s willing to turn against his own country and no one knows why.

His father was never a radical and he was immersed by both parents in Christianity so his sudden conversion made no sense until McGee and DiNozzo were finally able to get in touch with his ex-girlfriend. She says he started to meet the wrong kind of people. And that after they started to get into his head – she walked away.

So Kyle was converted after he became susceptible to a group of people. Though, truthfully, it wasn’t that hard to turn someone like him. It looks like Kyle was just one of those guys that always looking for a cause. Years earlier, he got arrested protesting a war in Iraq and Afghanistan. And the FBI had actually vetted him. But he wasn’t marked down as a risk. Thus, he was let go without being on any kind of watch list whatsoever.

And that’s where Senior FBI Agent T.C. Fornell comes in!

Fornell was the one that let Kyle go and now he’s blaming himself for committing such a mistake. Yet his friends and coworkers don’t think he should be involving himself in a case right now. While no one is willing to say something to Gibbs – Fornell has the benefit of people voicing their concerns.

Both Fornell and Gibbs lost Diane. And they should be mourning their loss rather than getting entangled with work. So his friends have been hugging him and offering his support but Fornell, on his end, keeps trying to push them away. He’s pretending everything is alright and he doesn’t want them to ruin that for him.

So he’s focusing on the case and unfortunately Sara’s kidnapping has revealed there’s a greater plan at play here.

There was another American involved with the kidnapping. His name was Randall White and surprisingly he was once a serving member of the armed forces. Then he got thrown into jail after getting mixed up with a gang and there he converted to his very own version of Islam.

Bu he’s currently stateside as well as Kyle so the team tried to hunt him down and sadly he killed himself before he could be arrested. So now the team has questions yet there’s no one to answer them. Why were Americans specifically chosen for a mission?

There really only one answer to that and it was because they had to carry out a plot on US soil!

Though with Randall dead and Kyle eventually getting caught – the team thought that would be an end to what they had been planning. Yet Abby revealed there was another player in the game. She took another look at the evidence and she found Sara’s original ransom video. In it Sara appears to be more just compliant with her kidnappers – she seems to be in league with them.

So the team attempted to find Sara but she had already left her secured apartment.
Later, when they got in touch with Director Vance, however, he told them he had just seen her at the lecture for a very important Imam. This Imam has been denouncing the radicals and has called for peace among the religions. So as it turns out – the same radicals he spoke up against – were trying to assassinate him.

But, luckily, Vance stopped Sara before she could complete her mission.

And while the case help take his mind off his problems, Fornell was only ready to call it day after he got Gibbs to promise he would get a minute alone with Diane’s killer!