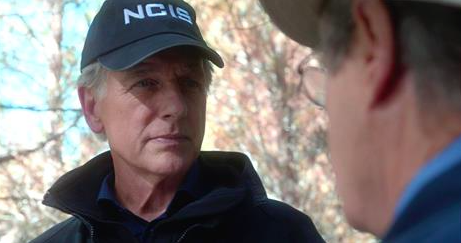 Tonight on CBS NCIS returns with an all new Tuesday November 3, season 13 episode 7 called, “16 Years” and we have your weekly recap below. On tonight’s episode, Ducky (David McCallum) reveals his participation in a secret society.

On the last episode, a petty officer was murdered and the NCIS team investigated to determine if the crime was the work of a local serial killer or a copycat. Meanwhile, McGee and Delilah had to learn to compromise before moving in together. Did you watch the last episode? If you missed it, we have a full and detailed recap right here for you.

On tonight’s episode as per the CBS synopsis, “Ducky reveals his participation in a secret society devoted to solving cold cases when NCIS investigates the murder of a retired lieutenant who was also a member of the secret group.”

Tonight’s episode looks like it is going to be great and you won’t want to miss it, so be sure to tune in for our live coverage of CBS’s NCIS at 8:00 PM EST! While you wait for our recap hit the comments and let us know how excited you are for the season 13 episode 7.

Bishop had come into work with a mood. Apparently things aren’t easy at home despite her husband escaping a terrorist attack last week by the skin of his teeth and if anything it seems like the marriage is still on the verge of collapsing.

So on tonight’s episode of “NCIS” Bishop said the one that she shouldn’t have in the orange room. She told her coworkers that all she wanted was a quiet day at the office. And, them being the superstitious king, they waited around to see just what kind of case that Bishop’s remark must have doomed them with.

Although, to be fair to her, the body that was found not long after she made her statement had revealed to have been lying around for a good three days before she made her announcement. Therefore their next case was not her fault and she had in no way brought it about. But that wasn’t a claim that Ducky could make.

As it turns out he knew the retired Lt. Commander Runyan Hayes. And so he had to recuse himself from the case because of his entanglement with The Sherlock Consortium of Investigation. For it was that organization that had taken on the responsibility of investigating cold cases like the one that Hayes had brought to their attention.

Earlier, Hayes had gone to the sleuths because he felt like his son Michael had wrongly been imprisoned for a murder he hadn’t committed. In fact Hayes had a suspect and he just needed the Consortium to either help him cast enough doubt or find evidence against a man named Bennett who Hayes believed was responsible. Yet the Consortium apparently weren’t working as fast as Hayes might have liked because he told them one day that he was going to confront Bennett and that was last they had ever heard from him.

That is until he wounded up dead a few miles away from where Bennett worked as a fireman. So NCIS had viable suspect for Hayes’s death but they too simply didn’t have the evidence.

Hence, Gibbs turned to an odd group of people. He sought out the Consortium to find out what they had on Bennett and he made Ducky do the introduction. Ducky hadn’t really been that happy about mixing those two parts of his life but he couldn’t afford to let his friends go on remaining anonymous during an active investigation.

So he brought his friends in on what was going on and then took a step back as they proceeded tear in the original 1999 murder in which they believe Michael Hayes was innocent of. It seems they found reasonable doubt that Michael hadn’t killed Lt. Swannie. And their main piece of evidence is the faulty DNA testing done at the time that was conducted by a young Abby Sciuto.

Now Abby hadn’t remembered the case. She’s seen too much to every pinpoint one murder but she did end up feeling guilty about possible sending an innocent man to jail. So after she had found out about Michael – she locked herself away in the lab and Gibbs was the only one willing to drag her back out.

Therefore finding out if Michael was guilty soon became as important to the team as finding his father’s murderer. Bennett had had an alibi yet no one believed he was entirely innocent.

There was plenty of items left at the scene of the crime that the team hoped they could use. There had been evidence of there being two shooters that night. And every time Dinozzo and McGee went back into the woods – they were left covered in tree sap. So Lyle from the Consortium came up with an idea to help them.

He looked into how to remove tree sap and he told Gibbs that what the guys needed were peanut butter. And funnily enough it was Lyle’s advice that helped pieced together the evidence. Because Gibbs had seen dark spots on someone’s shoes but it hadn’t been Bennett’s. It had been Michael’s best friend.

The same best friend that had stayed close to Michael’s family even when he had gone to prison and who had stuck around to help raise Michael’s daughter. So the team had their guys but to get him on something a little less circumstantial they had found a way to get his keys away from him.

The killer had used his car keys to dig out a bullet from his gun that had gone into a nearby tree. So Abby was able to test the sawdust on the keys as if it had been DNA. And she put their suspect at the scene of the crime.

And from there, the truth finally came out. It was the friend that had killed his lieutenant. Though he hadn’t wanted to set up Michael, he was actually going to pin the crime on Bennett. However Hayes must have found out the truth and confronted him not Bennett.

So once the team got their suspect’s full confession, Michael Hayes was able to go free and he thanked Abby. He said it didn’t matter what had happen in ’99. She was the one that had given him the chance to be a free man again.

But, later, Ducky did resign from the Consortium. He felt they took too many risks so he gave his position to Palmer instead.