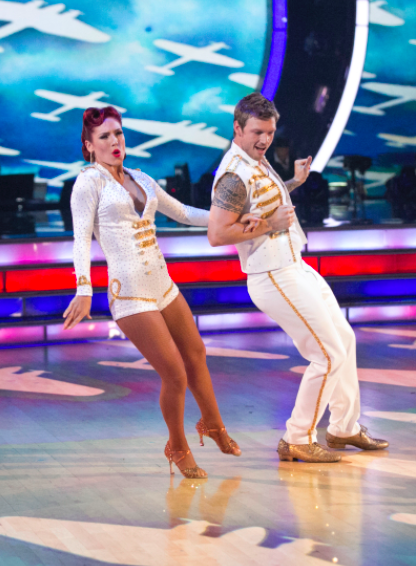 Tonight on ABC Dancing With The Stars returns for a second week and Nick Carter and his professional dancing partner Sharna Burgess danced a Foxtrot routine. On tonight’s episode the 13 couples dance to a song that commemorates the professional dancer’s hometown. Did you watch tonight’s episode? If you missed it we have a full and detailed recap, right here for you. Did you miss any of tonight’s performance videos? If you did we have them all, right here for you!

On last week’s premiere episode of DWTS Nick performed a Cha Cha Cha and the judges scored Nick a 24/30 for her performance. Julianne Hough loved his performance and had this to say, “Always a fan, I just gotta say this night has been amazing and what a way to wrap up the night. You were going off time and in time and it was really creative and I loved it. Sorry im blushing!”

Judges’ comments on Nick’s Foxtrot: Bruno: “You were back on track, so well together, I loved seeing you in form.” Carrie Ann: “It was magical tonight.” Julianne: “You were there for Sharna, you protected her and it was so beautiful. You need to watch your chest.”