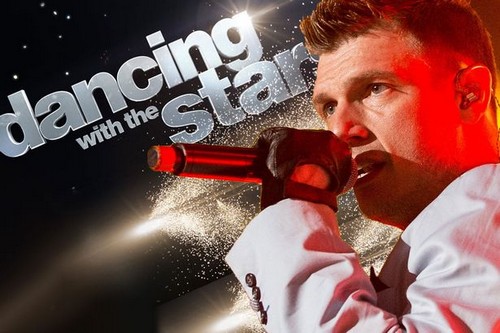 When Dancing with the Stars Season 21 spoilers teased that former Backstreet Boy Nick Carter would be competing on the 2015 cast – he was dubbed a frontrunner for the Mirror Ball Trophy and so far he has not disappointed. The 35 year old boyband singer and pop icon seems to be on his “A Game,” but he it took him several years to get to where he is now. Believe it or not, Nick Carter had a pretty rough past – and comes from a troubled family.

This week’s edition of OK! Magazine takes a look at how far Nick Carter has come since his Backstreet Boys days, and all of the obstacles the 35 year old has overcame before beginning his stint on Dancing With The Stars. An inside source close to the Carter Family revealed to OK! Magazine, “Nick has led a very troubled life. His parents didn’t set a good example. He witnessed them getting drunk and fighting throughout most of his childhood. The family was extremely dysfunctional.”

After Nick Carter rose to fame in the early 2000’s, he began spiraling downwards. There was that horrific incident with his ex-girlfriend Paris Hilton in which he was accused of assaulting her – although he maintains his innocence. Then, he had another brush with the law and was sentenced to three months of rehab by the judge. In 2008 Carter was diagnosed with a serious heart condition, and he had no other choice but to sober up – his life depended on it.

OK! Magazine’s source adds, “The odds were stacked against him, but he is very proud of the place that he is in now. While it will always be a battle for him not to fall back in to his drug-fueled ways, he is hopeful for the future. Nick has realized that he has a lot of living left to do.”

Nick Carter’s turnaround is truly a remarkable story – and we are all impressed with his performances so far on Dancing With The Stars. Do you think Nick has what it takes to win Season 21? Let us know what you think in the comments below!