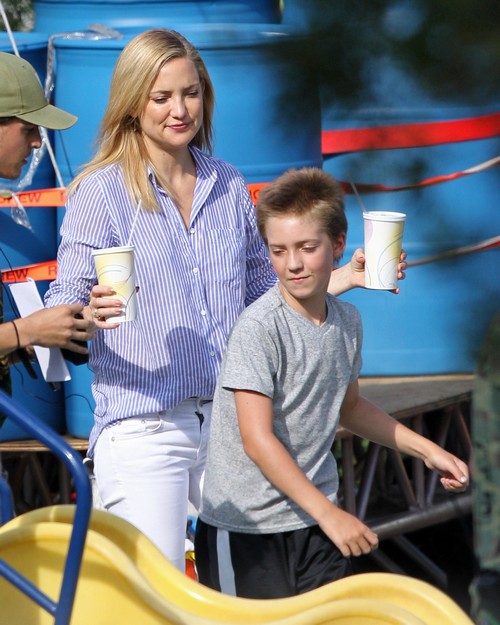 Nick Jonas and Kate Hudson dating reports hit the Internet in September after the unlikely love birds PDA show in Florida, they went on three dates on one weekend and seemed totally smitten with each other! Of course, neither Nick nor Kate would confirm that they were dating. But, Nick didn’t exactly deny their relationship either when he was asked about it during a radio interview. Instead, the 23 year old singer explained that he liked to keep things that mattered to him, to himself.

This week’s edition of In Touch Magazine is not only confirming what we have known all along – that Nick and the 36 year old actress are definitely a couple, but also that their relationship is much more serious than we realized. According to the tabloid, Kate Hudson and Nick Jonas have actually been dating for a few months now – and it is the real deal! An insider dished to In Touch Magazine that Nick has “fallen hard for Kate.”

Of course, the 13 year age difference between Hudson and Jonas has raised a few eyebrows. And, even Nick and Kate’s pals are concerned by the fact that a 36 year old mother cougar is out running around with a 23 year old rockstar. Seriously, it’s a recipe for disaster.

Is Kate Hudson pulling a Demi Moore? Or does she actually have genuine feelings for Nick Jonas? It would be a shame if the singer got his heart broken, and Kate Hudson was just using him as some arm candy – or to prove to everyone that she still “has got it.”

What do you guys think? Are Kate and Nick in it for the long haul? Or is their relationship going to disappear as quickly as it began? Let us know what you think in the comments below!