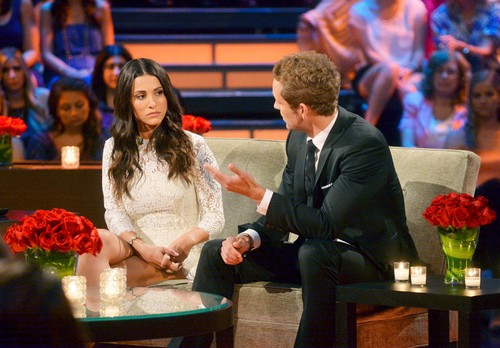 Is Bachelorette 2015 runner-up Nick Viall still in love with Kaitlyn Bristowe? Nick Viall was brutally dumped by Kaitlyn during the Season 11 finale of The Bachelorette this summer, and seriously we still cringe thinking about it – there is no way he is completely over it. Kaitlyn not only had sex with him while they were filming, but then let him get down on one knee and propose to her on national television before she informed him she was breaking up with him, and then rode off in to the sunset with her winner Shawn Booth.

Over the weekend Nick Viall took to Twitter and shared this suspicious tweet that has everyone in Bachelor Nation buzzing, “I miss you so much it hurts sometimes.” Now, the tweet is super vague – but Bachelorette fans re certain that he is referring to Kaitlyn Bristowe, the latest Bachelorette to dump him no national television. (It’s safe to say he is over Andi Dorfman by now.)

It may be a stretch to say that Nick was referring to Kaitlyn, but he sent out the tweet while he was in New York City for Fashion Week, coincidentally the same time Kaitlyn and Shawn Booth were in NYC for the same events. So, there is a very good chance that Nick spotted Kaitlyn and got a little emotional and tweeted that he missed her.

If Nick Viall is still hung up on Kaitlyn, we can’t say that we blame him. Bristowe completely toyed with his feelings while filming The Bachelorette, and then publicly embarrassed him and dropped him like a bad habit. On the bright side, there will be a new season of The Bachelorette in about six months – so Nick Viall can always try again to find love on the reality TV show. The third time is the charm!

What do you guys think? Is Nick Viall still in love with Kaitlyn Bristowe? Or does he miss someone else? Share your thoughts in the comments below!