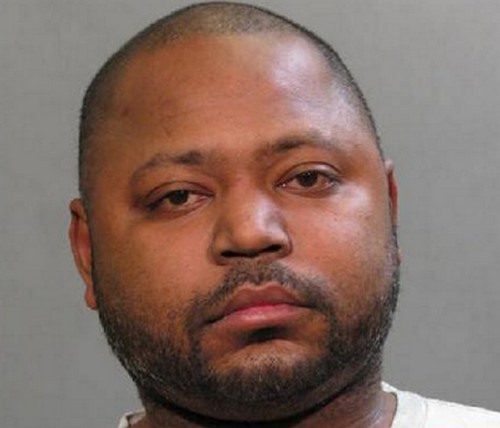 Nicki Minaj posted $100,000 bail for Jelani Maraj after the 37-year old was arrested for alleged sexual misconduct involving a minor 12-year-old girl – over an extended period of time. After the details of the case against her brother were released, it’s hard to imagine that Nicki thinks he might be innocent.

They say you’re innocent until proven guilty and apparently that is the philosophy that Minaj is sticking to when it comes to her own big brother. Jelani Maraj was arrested on Tuesday but had to be transported to Nassau University to treat an undisclosed medical condition. Two days later Jelani was arraigned and Nicki Minaj stepped forward to post bail for her brother.

According to TMZ, Nicki came through for her older brother, with whom she is very close. Minaj has posted pictures on social media several times in her career and spoke openly about her love for Jelani Maraj.

It looks like whether Jelani is guilty or not, Minaj will support him and she’s willing to pay up for him too. On Friday, Minaj paid Maraj’s $100k bail. There was talk of a much higher bail for Jelani’s partial freedom and Nicki was prepared to hand over as much as it took to get Jelani out of jail.

Nicki used two of the homes that she owns to back the bond for her brother. One of the homes is occupied by Jelani Maraj himself and the other is where their mother lives.

According to court documents, Jelani has been accused of first-degree rape and first-degree sexual misconduct against the preteen. The girl is reportedly 12 years old and the attacks happened over an extended period of time.

Maraj was married in August to Jacqueline Robinson in Long Island and Nicki was there for the celebration. Minaj even posted a picture of herself with Jelani at the wedding and the caption read, “Jelani, I love u more than you’ll ever comprehend.”

The caption on another photo dedicated to Nicki’s brother read, “I would cross the ocean for u. I would go & bring u the moon. Promise u. For u I will. I love my brother so much man.”

Well now Nicki Minaj has her chance to show Jelani just how much she loves him. The “Anaconda” rapper is already putting two of her homes at risk to get Maraj out of jail and she is expected to open up her wallet again when it comes time to pay for lawyers.

Just how far will Nicki Minaj go to keep her brother Jelani out of jail and does that mean she thinks he is innocent or is Nicki just looking out for her brother, regardless of his allegedly being a child rapist?