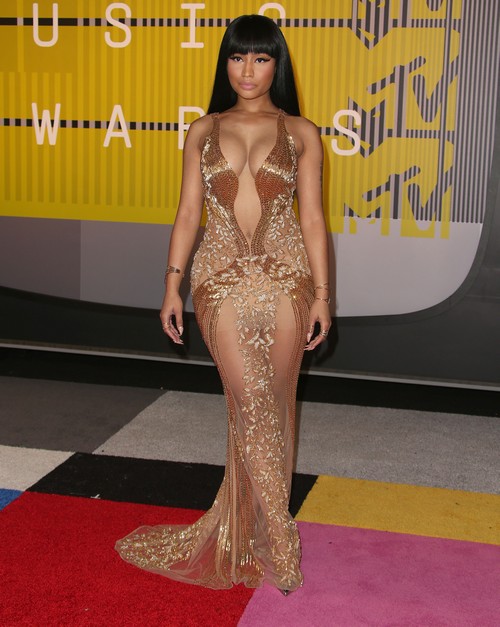 Nicki Minaj has already shot down any ideas about doing a duet with Lil’ Kim despite Meek Mill’s best efforts to reconcile the warring rappers. Nicki thinks at this point, working with the original Queen B won’t do anything for her career. Is Nicki Minaj right to refuse to work with her rap rival?

Minaj has worked with everyone in hip hop who is currently relevant. The Trinidadian-born rapper from Queens has worked with the likes of Drake and Kanye West as well as Rick Ross and Trey Songz to name a few. Nicki Minaj even did a song with Ariana Grande and Jessie J. that won a Grammy for Producer of the Year.

Nicki Minaj collaborated on “Feeling Myself” with Beyonce last year and it was a huge hit. Now Nicki and Beyonce are pretty tight. As a matter of fact, Beyonce referred to Nicki Minaj as “The Rap Queen” during a cover of Prince’s “Darling Nicki” that the Bey adapted to honor her friend.

Now if that isn’t enough to keep Nicki Minaj busy and to prove that she’s just too big of a star to worry about an old rap beef with Lil Kim, what about her upcoming television show? Minaj is executive producing a new series on ABC Family that is loosely based on her life.

There is an open casting call going on to fill the role of a young Nicki Minaj. Karey Burke, the executive vice president of programming and development at ABC Family said this when announcing plans for the Nicki Minaj-based series, “Nicki Minaj is a force to be reckoned with at everything she touches.”

With all of that going for Nicki Minaj right now plus so much more, why would she even consider working with Lil Kim? It may end her long-time rap feud with the Queen B but it definitely won’t further her career.

The most relevant thing that Lil Kim has done in years was to make the “MMM” mixtape with Diddy just a few days ago. Other than that, Lil Kim is only making headlines for some questionable plastic surgery (does anyone even recognize her anymore?) and the birth of her daughter, Royal Reign.

Of course Meek Mill doesn’t like being shot down by his girlfriend over plans to bring peace to one of the most significant current rap feuds. It’s a safe bet that Nicki Minaj won’t be asking for his input on careers though because Meek’s decision to take shots at Drake was possibly one of the worst career moves in the history of hip hop.