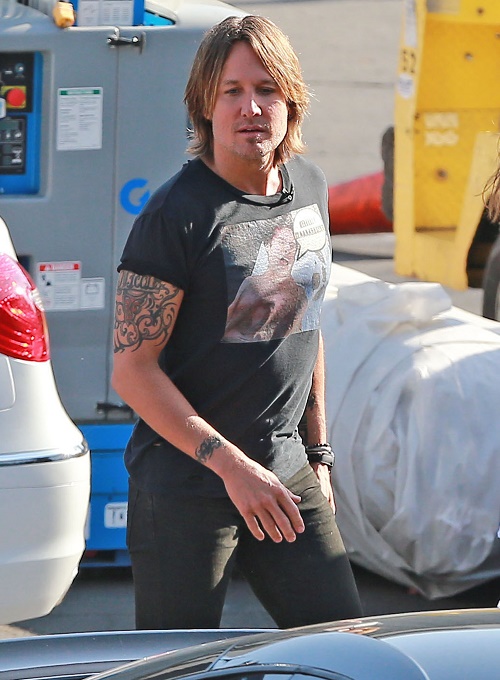 Nicole Kidman and Keith Urban’s marriage is slowly falling apart right before our eyes – and at this point the odds of them not getting a divorce are slim to none. The American Idol judge and actress have been fighting over everything a couple could possibly fight over – including their careers, where they plan to live, and whether or not to have another baby. Now, according to a new report, Nicole is convinced that Keith is cheating on her and she is going to hire someone to keep an eye on him.

The April 20 edition of GLOBE Magazine reveals, “Terrified of what hubby Keith Urban might do, Nicole Kidman is reportedly thinking about hiring a private sleuth to keep an eye on him while she is away from Nashville, filming in Australia. And jealous Nic know that gals throw themselves at him and he loves all of the attention, says a source.”

This isn’t the first time that Nicole Kidman has thought Keith Urban was cheating on her – her trust issues could be added to the lengthy list of issues in their marriage. Whether or not Keith Urban has actually cheated on his wife we will probably never know, but we do know that you can only accuse someone of cheating for so long and not trusting them until your paranoia actually drives them to cheat.

Hiring a private investigator to follow her husband around and keep tabs on him is the last thing that Nicole Kidman should be doing if she has any hopes of saving her marriage from a divorce. At this point, it will be a miracle if Nicole and Keith make it through 2015 without announcing that that they have decided to end their marriage and go their separate ways.

Do you think Nicole Kidman and Keith Urban will be able to save their marriage – or is it beyond repair? Is Nicole just being paranoid, or could Keith really be cheating on her? Let us know what you think in the comments below!