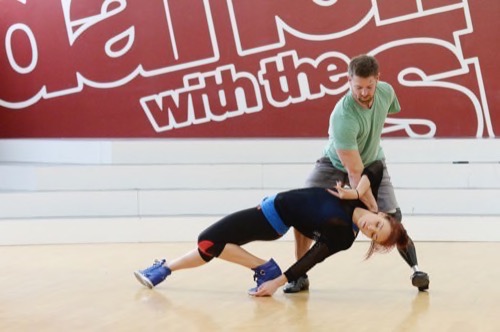 Tonight on ABC the glitz and the glamor returned to the ballroom for another great season of Dancing with the Stars.  On tonight’s premiere episode Noah Galloway and his professional dancer Sharna Burgess danced a Cha Cha to “I Lived” by One Republic.  Did you watch tonight’s episode?  If you missed it we have a full and detailed recap, right here for you.  Did you miss any of tonight’s performance videos?  If you did we have them all, right here for you!

If you are not familiar with Noah Galloway he is a native of Birmingham, Alabama, Sergeant Noah Galloway. During Operation Iraqi Freedom, he experienced a life changing injury. Noah lost his left arm above the elbow and left leg above the knee in an Improvised Explosive Device attack. Now a personal trainer and motivational speaker, the father of three doesn’t take excuses from his clients, fans and followers. He continues to compete, participating in adventure races around the country.