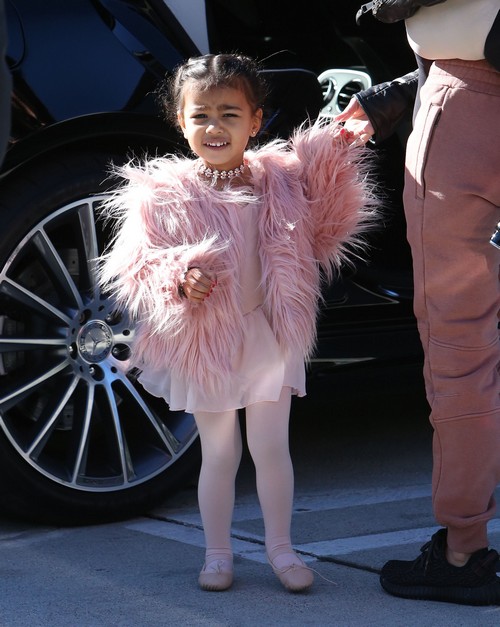 Kim Kardashian has reportedly consulted a family therapist as North West’s diva behavior is out of control and having constant jealous meltdowns over Saint West. Little North’s temper tantrums are legendary, and Nori is only two-and-a-half years old!

A source close to Kimye divulged to Radar Online that North West is used to being a daddy’s girl and is not at all happy sharing mommy and daddy attention with baby brother Saint.

Cameras have snapped many a photo of North West throwing a fit over something or other. Temper tantrums are the norm when a toddler is going through the terrible twos. North’s tantrums, on the other hand, appear to be so extreme that Kim can’t control Nori at all.

Okay, so maybe the diva-in-the-making has public outbursts Nori doesn’t like being followed around by the paparazzi all the time. But what’s up with the increased tantrums since Saint West came home from the hospital?

A source alleges that North West is not reacting well to how enthralled everyone is with Saint. Glamma Kris Jenner, Aunty Khloe Kardashian and Aunty Kourtney Kardashian are absorbed with the newest addition. And that means North isn’t getting the complete and undivided attention to which she has become accustomed.

As previously reported, Kim Kardashian had the nerve to ask that guests who come to visit Saint West bring along a toy for North West. Great! Kardashian is rewarding Nori’s bad behavior. Even an almost three-year-old knows that if you get a present after you’ve stomped around, cried and screamed you’ll get more presents if you keep doing misbehaving.

Meeting with a family therapist is the smartest thing Kim Kardashian and Kanye West can do in this situation. An insider revealed that North’s fits have become a serious problem, hence Kim contacting a family therapist for help. Kardashian most likely wants to know if North’s behavior is just normal terrible two tantrums. If not, and North is truly not happy about having a new baby brother, then Kim and Kanye need help.

Let us know what you think in the comments section below and come back to CDL for the latest Kardashian and other celebrity news.