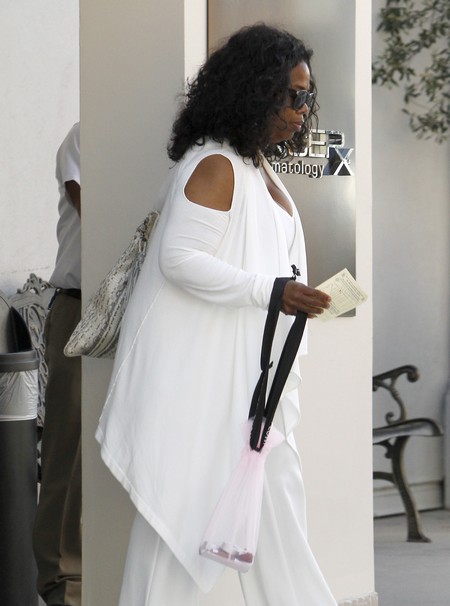 Oprah Winfrey has ignited a weight loss feud with Valerie Bertinelli that was sparked when Winfrey invested $43 million in diet giant Weight Watchers. Valerie has gained a massive amount of weight while taste-testing recipes for her new cookbook. And the only thing Oprah has seen get fatter is her bank account. Winfrey is sitting atop a weight loss goldmine while Bertinelli is losing the battle of the bulge.

Bertinelli famously dropped nearly 50 pounds as a spokeswoman for Jenny Craig, but 35 of those gradually snuck back. As Valerie’s weight loss success diminishes Oprah’s rises and the investment in Weight Watchers just may give the mega entrepreneur the ability to corner the market when it comes to celebrity weight loss endorsements.

And this doesn’t just have Valerie Bertinelli feeling depressed. At least one other celebrity nutrition and fitness guru isn’t pleased with Oprah’s attempt to corner the market on the diet industry.

Suzanne Somers has been THE celebrity fitness and healthy living guru for years and is not at all happy that Oprah Winfrey swopped in with a mega million dollar investment in Weight Watchers. A source told The National Enquirer that Suzanne feels the Somersize empire she has built will be completely overshadowed by Oprah.

Suzanne has penned numerous cookbooks and exercise books over the years, as well as creating the ThighMaster and an entire line of home gym products. Now Suzanne Somer’s livelihood is at risk and she is petrified that the Somersize System will become a thing of the past.

After all, if Oprah reads it, eats it or uses it then it MUST be great – and Suzanne is concerned that her dedicated customer base may jump ship. Anyone remember the “Oprah’s Favorite Things” list? How about the Oprah Book Club? Anytime Winfrey would promote a book on her talk show the tome would sell a million copies.

Will Valerie Bertinelli’s cookbook “One Dish at a Time” even have a chance? Within days of Winfrey’s $43 million investment Weight Watchers stock nearly doubled – giving Oprah a $72 million profit. Add that to the $3.10 billion Oprah is reportedly worth and Winfrey may be the master – or mistress – of the universe.

But we’ll need to wait and see if the Weight Watchers investment was just about the money or if Oprah Winfrey will use the highly-successful weight loss system to slim down and stop yo-yo dieting.