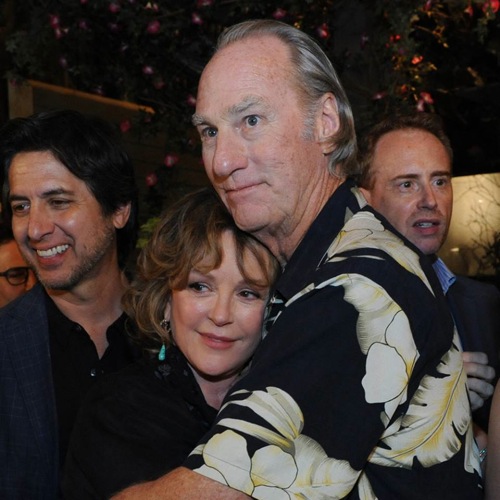 Tonight on NBC Parenthood starring our favorite family the the Bravermans returns with an all new Thursday January 15, season 6 episode 11 called, “Let’s Go Home” and we have your weekly recap below. On tonight’s episode, Zeek [Craig T. Nelson] and Camille find some old rolls of film, which Max develops. Meanwhile, Sarah and Julia share their relationship concerns; and Jasmine interferes when Adam and Crosby [Dax Shepard] are determining the fate of the Luncheonette.

On the last episode, Zeek (Craig T. Nelson) was rushed to the hospital and the entire family hurried to his side. As Adam (Peter Krause) and Crosby (Dax Shepard) nervously awaited news of Zeek’s health, a serious emergency at The Luncheonette pulled them away. At the hospital, Joel (Sam Jaeger) stuck by Julia (Erika Christensen), offering unwavering support, and further blurring the lines of their relationship. Did you watch the last episode? If you missed it, we have a full and detailed recap right here for you.

The Luncheonette looks like it will live to see another day on tonight’s new episode of “Parenthood” but Zeek on the other hand is an entirely different story. Since last week’s episode, Zeek has been released from the hospital and allowed to return home. Yet he’s not taking it easy and his wife Camille is constantly hovering over him.

So what can a man like Zeek do in this type of scenario? Well, he finds a way to keep his wife busy by giving her a project or in this case a mystery. And he found the perfect project, too!

Zeek found rolls of old film and so he’s asked for his grandson, Max’s, help. Max is the perfect person to develop the rolls but he’s going to eventually need assistance and who better than grandma. That, being needed plus finding out what was on the rolls, was bound to grab Camille’s interest thus taking her attention away from him.

And Zeek’s plan worked but it also left him open to talking to his family. Which in this case with Adam, wasn’t going to be easy.

Adam had agreed to keep The Luncheonette open. Yet that’s not what he wants but it’s what’s going along with to please his brother. Cosby is the one that had a dream of running his own business and though his brother could leave him to it – they both know Cosby wouldn’t be able to maintain The Luncheonette without him. Cosby is the talent and Adam is the one with the business acumen.

Hence, telling Adam to choose what makes him happy is also telling one son to hurt the other! A tricky position for any father.

Though at least he’s not Amber’s father. Amber’s dad sent her a crib which could have been a great idea if it wasn’t just her and her mom trying to set the darn thing up by themselves. So right now Amber is cursing her father because the crib is just another one of his “stupid” mistakes.

Amber’s pregnancy has put her in sort of man hating mood. She realized with the crib and as with everyone else that’s going to be in her future – she’ll being doing most of the grunt work alone. But for once, she wanted a dad that would be there for her if she needed the help.

And as for Adam, he did work up the courage to tell his little brother how he really felt and in the process he broke Cosby. Cosby was heartbroken about Adam’s decision and he returned home to his family but chose to ignore them and the rest of civilization by locking himself up in his room.

Cosby was acting like he was in mourning and that left Jasmine with no other choice but to approach Adam. She wanted to see if she could change Adam’s mind and by the end of their conversation she got Adam to at best reconsider closing the business.

She had told him the business was about their family. It was more than just Cosby’s dream. It had also employed his niece who’s currently expecting her first child.

So, really, that’s what talked Adam around. He was going to stick with the business and keep working with his brother. Kristina however hadn’t liked the way he was put others above his own happiness but in her own way she understood.

Amber already has a full plate. So it wouldn’t help anyone if she lost her job on top of everything else. Though there is one good thing happening for her at least. Hank, it turned out, is a not so bad potential stepfather. He came by Amber’s place and helped her set up the crib. And that’s where Sarah found him.

Prior to witnessing the touching scene of having Hank build her grandchild’s crib, Sarah was pondering whether or not she should marry him. Like, she even went to her mom for advice when Julia failed to help her. And normally would never have happened.

But Sarah needed help so she went to her mother who if we’re being honest learned her lesson from the last time and just wanted her daughter to be happy. And Hank does make Sarah happy. It’s just she was afraid to make another mistake again.

So she only gave Hank a “yes” after she knew she was sure. And that happened when she saw him building a crib.

Sarah came out of her romantic predicament on the other side but Julia was at first still struggling with if she and Joel should get back together. Her and Joel’s reconciliation was mostly sex until finally they had “that” talk. And the talk consisted of reassurances.

Julia needed to know Joel wasn’t going to walk away again and after Joel swore he wasn’t going to make that same mistake twice – she trusted him enough to let the kids know they were back together.

And Zeek ended up needing Camille’s help after all. He finally remembered where he put all the old baseball stuff and it turns out he left it at the old house. But when they got there, Zeek changed his mind about collecting it.

A family had moved into their old house and the children had reminded him of his own boys. So Zeek told Camille that one day those kids were going to be playing hide and seek and it would only be fair to let them find his children’s old baseball stuff.