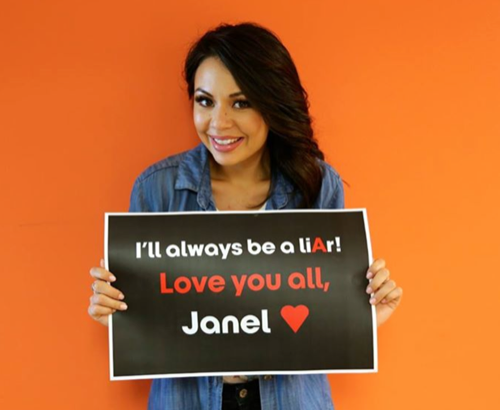 Pretty Little Liars returns to ABC Family tonight with an all new Tuesday January 13, season 5 episode 15 called “Fresh Meat” and we have your recap below. Tonight Toby [Keegan Allen] faces an ethical dilemma regarding some evidence at the police department and Spencer’s lack of trust in the police. Meanwhile, Emily [Shay Mitchell] and Aria [Lucy Hale] face scenarios they cannot control, so they resort to extreme measures.

On the last episode, three months had passed, and Mona’s friends and family were still mourning their loss and more adamant than ever that Alison had something to do with Mona’s death. Ready to put “A’s” game to an end and get justice for Mona, the PLLs ramped up their search for evidence that could prove Alison killed Mona. But with Alison claiming her innocence and having a seemingly airtight alibi, the Liars may have had to resort to more shady tactics to put Ali away. Did you watch last week’s episode? If you missed it we have a full and detailed recap right here for you.

On tonight’s episode as per the ABC Family synopsis, “Toby’s new position in the Rosewood police department was to give the PLLs an upper hand on finally closing the door to Ali/”A’s” game. But when a surprising bit of evidence show’s up, Toby is put in a difficult position with his job and with Spencer. Not one to trust the police or evidence “surprisingly” showing up, Spencer tries to convince Toby to stray from his moral gut reaction, which puts stress on their relationship. Meanwhile, Emily and Aria take drastic measures to keep control of situations that are out of their hands and that could affect their future.”

The fifteenth episode of season five’s Pretty Little Liars is going to be really exciting and we’ll be recapping it for you right here.

Tonight’s episode of Pretty Little Liars kicks off with Toby at the jail – he runs in to Alison. She tells him that “they need to see her and they aren’t taking her calls.” Alison looks like crap and has clearly been attacked and beaten up in jail – she insists that she is innocent and is being held for something she didn’t do. She tells Toby that Spencer and the other liars are next and they’ll be in jail soon too – unless “A” kills them first.

At school Toby fills Spencer and the other liars in on what Alison said. They think that someone on the outside is helping Alison – Aria is convinced that it is Holbrooke. Toby says that Holbrooke is MIA, and he took time off from work to take care of his sick dad. They want Toby to see if Holbrooke has been visiting Alison in jail – but Spencer says they aren’t getting him involved.

Aria heads to class and Emily chases after her – Emily asks if she thinks Ezra will give her a raise because she wants to buy plane tickets to visit Paige in California. Aria fills Emily in on her debacle, and reveals that she has been rejected to every college she has applied to. Aria is certain that Alison is behind her rejection letters.
Ashley Marin is organizing her and Mrs. DiLaurentis’s old office and Jason stops by. He knows she is looking for another job, he doesn’t want her to leave. He begs her to stay for another month until he get the office back up and running.

Spencer calls Toby – but he can’t talk. He and the rest of the Rosewood police are searching the woods behind Mona’s house looking for her body. He hangs up and finds a bloody knife hidden in a pile of leaves. He leaves it there and tells the other cops that he didn’t find anything. He heads home and fills Spencer and Caleb in on the knife – he wants to turn it in to the police, and thinks it could be the smoking gun to pin Mona’s murder on Alison. Caleb and Spencer tell Toby that he can’t tell the police because Alison probably planted the knife there and put their prints on it. They all promise each other that they won’t touch the knife.

Ezra is stressed out planning his store’s grand opening. His caterer quits at the last minute, and Emily volunteers to cover the dinner for him. He is skeptical, but agrees. At the DiLaurentis office, Alison calls to talk to Jason and Hanna’s mom answers, Jason refuses to take her call.

Meanwhile, Hanna heads to one of the colleges that accepted her to take a tour. She is bored out of her mind and calls Caleb – he fills her in on the knife that Toby found. Hanna want to come home, but Caleb tells her to stay on her college tour. In Rosewood, Aria is trying to write a letter to the college that put her on a waitlist and is begging them to accept her. Ezra overhears Aria and Emily arguing over the waitlist – he reveals to her that the reason Talmidge didn’t accept her is because his ex-girlfriend Jackie Molena is working in the admissions office.
Spencer shows up at Caleb’s house and is not happy that he told Hanna. She sees a diagram on Caleb’s bed and realizes that he is going back to the woods to get the knife, he is paranoid that it might have his fingerprints on it. He confesses that before he came to Rosewood there was an incident and he was a suspect in a murder – but the cop realized he was just a kid and cut him loose. Spencer sympathizes for him, and says that she is coming with him to get the knife from the woods.

Hanna shows up at a creepy trailer park – and is trying to track down Holbrook at his father’s house where he is supposedly taking care of his dad. She finds Holbrook’s dad, and he says that he hasn’t seen Detective Holbrook in weeks. Holbrook’s dad mistakes Hanna for Alison, and says that if anyone should know where his son is – it is her. Meanwhile, Spencer and Caleb are searching the woods in the dark for the bloody knife. They finally find it in the pile of leaves where Toby left it and pick it up and put it in their bag. At the creepy trailer park Hanna heads back to her car and realizes that someone was in her car. Teddy bear in her front seat, she pulls a string on the teddy bear and its stomach opens and bloody guts fall out on the ground.

The next morning Emily races back to Ezra’s opening to finish making the food for the party. When she arrives she is upset to see that Ezra hired a chef to finish the food – he tries to explain that it wasn’t personal. Meanwhile, Spencer and Toby have work to do, they are trying to dispose of the murder weapon that they found in the woods. They head to the high school and plan to put the knife in a huge walk-in furnace. While Spencer is upstairs, someone locks Caleb in the furnace and turns it on.

Aria writes a long-winded letter to Jackie at the university explaining that she regrets wasting her high school career with Ezra, in hopes that it will make her change her mind and let Aria in to college. Aria panics after she sent it – and rushes to the university to get rid of it before Jackie sees it. She’s too late, but Jackie promises her she won’t tell Ezra about it. Jackie sympathizes for her and says that she wishes she never met Ezra too.

At the high-school, Spencer heads back down to the basement when she can’t find Caleb. She gets the door to the furnace open and saves him in the nick of time before he passes out form the heat. He tells her that the knife is still inside the furnace – so she shuts the door and cranks the heat up.

Ezra’s grand opening is under way, Spencer arrives and a kid named Johnny introduces himself to her and says that her mother is renting him their guest house since Melissa split. Aria arrives and receives an email on her phone from Jackie telling her that she has been accepted in to Talmidge. Meanwhile in the kitchen Emily is having a meltdown because Paige won’t return her phone calls. Toby arrives and freaks out on Spencer because he knows they took the knife from the woods.

Jason stops by Ashley’s house with a file, he is confused because the tenants haven’t paid their rent in three years and his mother never evicted them. Ashley invites him to have dinner with her and they go over the file. Afterwards Jason kisses her and then apologizes – Ashley tells him that she didn’t mind it, so they kiss some more. Hanna gets home later that night and sees Jason sneaking downstairs from her Mom’s room.