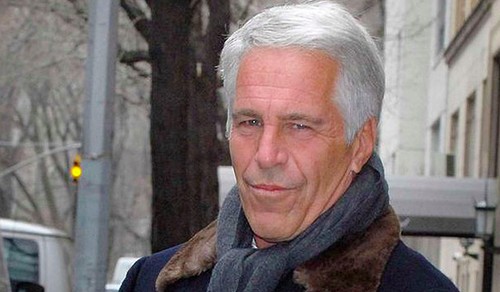 Prince Andrew’s involvement in the sex scandal continues, and it continues getting more and more depraved. Vanity Fair journalist Vicky Ward came forward in a long expose for the Daily Beast about how Prince Andrew’s pedophile friend Jeffrey Epstein used his power and wealth in shutting down a Vanity Fair article about his disgustingly perverted ways. This was six years before his 2008 conviction, but it might have prevented him from spreading his pedophile behavior around for six more years, right? Vicky Ward says as much in her articles, explaining, “I was so afraid that somehow, with all his connections to the academic and medical community, that he was coming for my little ones that I put security on them in the NICU.” She also adds that she regrets being pressured into not writing the expose, since she could have spared some of his victims had she gone forward with the article as planned.

Recently, Sarah Ferguson came forward to support her ex-husband, Prince Andrew, against all these allegations. She even called Andrew one of the ‘best’ people she knew, but I think this is case of Sarah Ferguson putting her foot in her mouth again. What does she owe Prince Andrew? Either she’s that delusional and clueless, or she’s getting something out of throwing her support behind Prince Andrew publicly. Maybe they’re hoping that if enough people support Andrew in a public manner, the people will forget that he used to hang out with a creepy gross pedophile and that he probably had sex with an underage girl multiple times.