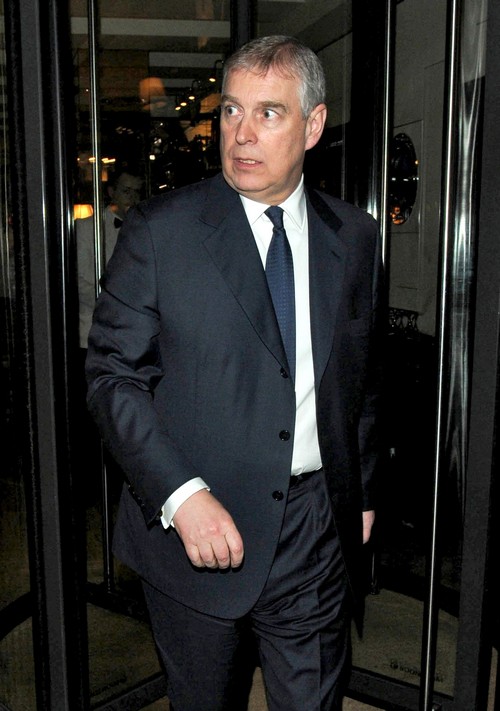 The royals and Queen Elizabeth are not new to controversy, but this might one of the biggest scandals yet if there’s even a kernel of truth to it. According to reports, Prince Andrew has been named in an underage ‘sex slave’ lawsuit. A woman has accused a prominent American investment banker, Jeffrey Epstein, of ‘passing her around’ as a ‘sex slave’ with all of his rich and powerful friends. In that same lawsuit, she alleges that she was ‘forced’ to have sex with Prince Andrew multiple times. Poor Queen Elizabeth, who is so proper herself, is shocked and horrified that Prince Andrew is accused of having sex with an underage sex slave!

This is all purported to have happened in 2008, when this girl was underage at the time. Buckingham Palace has refused to comment, which is their stance whenever there’s an ongoing legal case. All they would say was, “This relates to long-standing and ongoing civil proceedings in the United States, to which The Duke of York is not a party. As such we would not comment on the detail. However, for the avoidance of doubt, any suggestion of impropriety with underage minors is categorically untrue.”

The details – or what we know of them – are pretty sordid. Apparently, this girl was forced to have sex with Prince Andrew multiple times in London, New York, and Jeffrey Epstein’s private Caribbean island. And since she was a minor in 2008, this isn’t going to be a simple prostitution case or even just a regular rape charge. There are going to be serious inquiries into this, and if it turns out that she’s telling the truth, then Queen Elizabeth might have to figure out a way to cut Prince Andrew out of the family completely.

I mean, I get it – rich people are disgusting and depraved. And oftentimes, royals have no concept of responsibility or accountability, especially when it comes to things that they take for granted. But this is taking it too far, no?