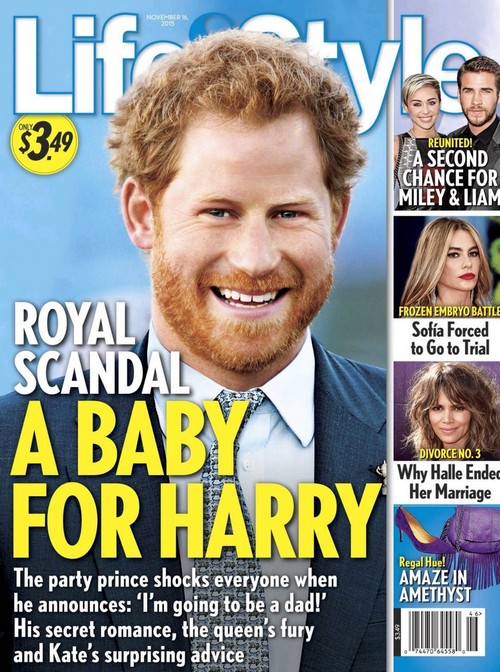 Prince Harry is going to be a daddy! There is a 19-year-old woman claiming to be pregnant with Harry’s baby and Queen Elizabeth is freaking out. The royal family has had enough scandal for an entire lifetime this past year and doesn’t need one more added to the list.

Will Queen Elizabeth force her grandson to marry the yet unnamed woman? In all likelihood the Palace will try to keep this baby a closely guarded secret unless the 19-year-old “is a girl from the right sort of family” a source close to the royal family told OK! The last thing Queen Elizabeth needs is yet another manipulative mother who doesn’t know her place.

But at least the Middleton family is wealthy enough that they are part of the right circles in society. The alleged mother of Harry’s baby could be just an English girl off the street with no connections at all to the upper crust of British society. Palace insiders say that Queen Elizabeth will never allow the sixth-in-line to the British throne to marry a girl with no breeding whatsoever.

Prince Harry has been a dad-in-training for years and would want to do the right thing and marry the mother of the love child. Royal insiders say this would not sit well with Queen Elizabeth at all – and if the prince were to insist upon marrying the young woman it would cause the biggest rift ever in the royal family. Harry may even be forced to give up his title as prince if he insists on marrying the baby’s mother.

Duchess Kate has always been there to support Harry, as has the Duke of Cambridge. The royal couple is providing a united front and are willing to stand up to Queen Elizabeth on Prince Harry’s behalf if necessary.

Even though Prince Harry knows there is a royal protocol in place for choosing a bride, he has made no secret that settling down with a wife and family are a priority. If it turns out that the woman’s claims are true Harry may just defy royal convention and get married whether Queen Elizabeth likes it or not.