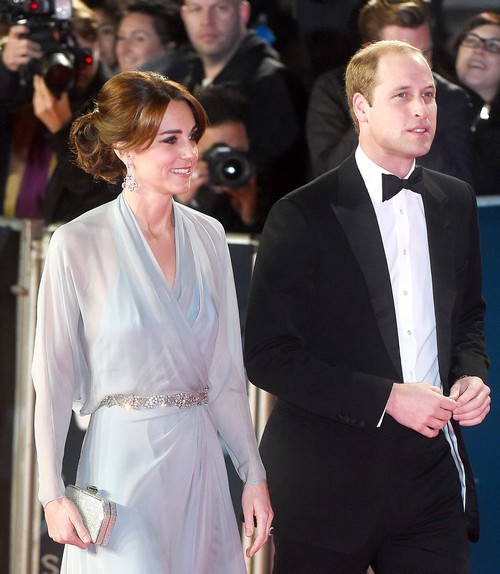 Are Prince William’s fears for Kate Middleton’s safety increasing? Has the Duke of Cambridge become so concerned that he has demanded that Queen Elizabeth reduce the Duchess of Cambridge’s royal responsibilities?

British Prime Minister David Cameron recently revealed that only two months ago there had been an alarming terrorist plot to wipe out the Royal family. The plot was exposed and averted. However, the Prime Minister Cameron warned that the danger still exists and Queen Elizabeth, Prince Charles and Prince William, as well as all the Royals, should remain on high alert.

The Duke of Cambridge may have put on a brave face in public after Prime Minister Cameron’s announcement, but in private William has become increasingly nervous about Duchess Kate, Prince George and Prince Charlotte’s welfare. Has the Duke of Cambridge pleaded with Queen Elizabeth to reduce the amount of Kate’s Royal engagements, and possibly to eliminate the couple’s visits outside the United Kingdom altogether?

In order to protect his young family the Duke may have asked Queen Elizabeth to keep Princess Kate’s Royal appearances to a minimum. Queen Elizabeth may be very sympathetic and grant Prince William’s request. However, the Duchess could be forced to cancel all vacations outside of Britain as well.

In light of the recent terrorist attacks do you think Prince William’s fears for Kate Middleton’s safety are reasonable? Should Queen Elizabeth reduce her grandson and granddaughter-in-law’s royal responsibilities?

Should the security detail surrounding the Duke and Duchess of Cambridge be increased allowing them to keep their commitments? Would it be wise for Queen Elizabeth to restrict travel outside Britain for the entire Royal family at this time?

Let us know what you think in the comments section below and come back to CDL for more Royal news and updates.