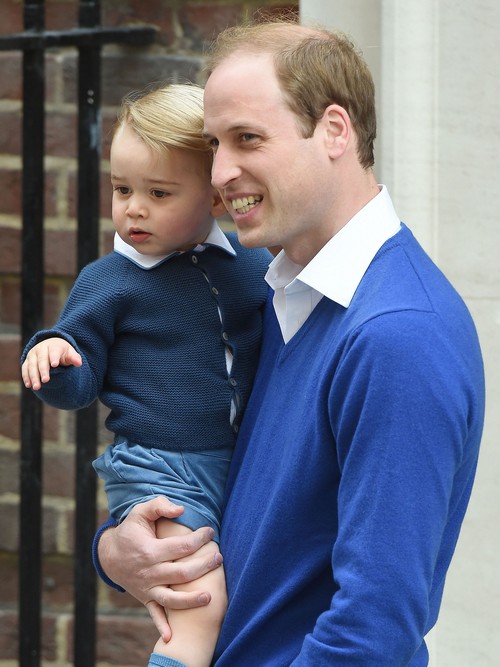 The world may know Kate Middleton as the Duchess of Cambridge, but Prince William recently revealed when the two are at home Kate is the boss! In an interview with BBC Prince William was discussing his hopes that one of his children will be an Aston Villa supporter, Prince William slipped and referred to his wife as “the missus.”

When Prince William mentioned that he would love to take Prince George and Princess Charlotte to a football game, he revealed that he would need to get Kate Middleton’s permission first. That’s when he shared the term of endearment that he uses to refer to his wife. He said, “I’ll have to pass that by the missus, see how I can get away with it. At the moment, at 22 months, it’s a little early.”

Prince William also revealed that he feels like Princess Charlotte will be the Villa fan. He said, “If [Prince George] supports Villa, it’d be fantastic. I’d love to go to the odd match with him in the future. It’ll probably end up being that Charlotte is the Villa fan.”

Team captain Steph Houghton met Prince William at the National Football Centre and recalled that Prince William said having two young children is no easy task. She revealed, “[Prince William] said George is very lively, and Princess Charlotte has been keeping him up all night, giving him a few sleepless nights. But he said he was just happy to heave them both here.”

It seems like even the Royal Family lives by “mother knows best.” Based on Prince William’s comments it is very apparent that he respects, and looks to, the Duchess of Cambridge when it comes to making decisions for the children. Can you blame Kate for most likely not wanting her little baby at a soccer match full of rowdy, screaming fans? We are sure that when Prince George and Princess Charlotte are older, their mother will have no problem with them going to a match, but for now, we think she is absolutely in the right with wanting to keep her children away from an event like that for now.

Are you surprised to hear that Prince William needs the approval of Kate Middleton, or did you already assume that Kate Middleton was the boss of the household? Let us know in the comments below.