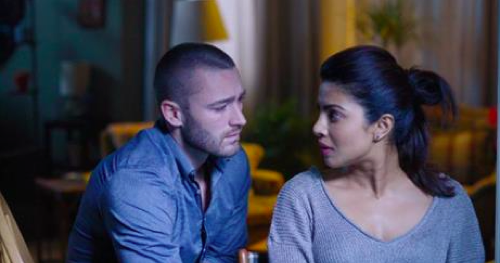 Tonight on ABC Quantico airs with an all new Sunday November 29, season 1 episode 9, called, “Guilty” and we have your weekly recap below. On tonight’s episode in the future, the trainees attend a class with a former agent and profiler who tasks them with studying serial killer cases in order to find a victim who doesn’t fit with the others.

On the last episode, in the future, a hack of the FBI computer system caused confidential information to become public; and Alex realized that a second bomb is in NYC. In other events, at Quantico, the NATs received individual assignments that were actually connected. Did you watch the last episode? If you missed it we have a full and detailed recap, right here for you.

On tonight’s episode as per the ABC synopsis, “the trainees attend a class with a former agent and profiler who tasks them with studying serial killer cases in order to find a victim who doesn’t fit with the others; and, in the future, Alex is interrogated by an FBI team while Ryan’s life hangs in the balance.”

Tonight’s season 1 episode 9 looks like it is going to be awesome so make sure that you tune in to our live coverage of Quantico at 10:00 PM EST!

Tonight’s episode of ‘Quantico’ kicks off with Alex Parrish being processed at the FBI headquarters – she just turned herself in. They are swabbing her DNA and taking her fingerprints – Liam orders his agents not to mirandize Parrish just yet.

Flashback to Quantico: Alex is at class when she learns that Liam hasn’t been to school in over a week, they are looking for a permanent replacement for him. She sneaks off base and heads to

Liam’s house – she finds him passed out drunk in bed and drags him in to a cold shower. Meanwhile, Ryan is sitting outside in his car watching – apparently he followed her there.
Present: Harper shows up to FBI headquarters and announces that he is Alex’s legal counsel – he shoots some snarky comments to Director Haas. Harper reveals that he was kicked out of Quantico by Haas before he graduated, and he is making it his mission to destroy him in court. The President has sent a team of his own men to interrogate Parrish, Liam and Haas are not happy that they have to hand the case over to HIGS.

Flashback to Quantico: Dr. Susan Langdon has come to lecture about serial murder cases. She has brought along real crimes scene and killer files – they are going to split in to teams and try to figure out which one of the victims on the list was added and not real.

Present: Caleb gets a phone call from the medical examiner – they found Agent Goodwin’s body in the rubble, she had her keys and badge on her – but no cell phone. He frantically calls Elias and tells him to make sure that Alex doesn’t say anything to the interrogators, he just found a huge piece of the puzzle. Caleb is too late though – the President’s interrogators have already taken Alex away to an undisclosed location.

Meanwhile, Alex is being questioned by Griffin Wells – one of the lead intelligence gatherers in the country. He offers her a deal, if she confesses then he will put in a good word for her and she may not get the death penalty. Caleb rushes back to FBI headquarters, he and Harper fill Simon and Shelby in on Agent Goodwin. The night before the bombing Goodwin reported that another agent was using Alex’s badge – and then she miraculously turned up dead, and her phone is missing. Caleb is certain that Goodwin was killed because she knew the true identity of the terrorist. Shelby and Simon are being detained, Simon and Caleb rush off to try and find evidence to clear Alex’s name.

Flashback to Quantico: The students finish their exercises and Langdon tells them that every good profiler needs to be able to take the edge off after working twisted files – she invites them all to a bar after class for drinks. Susan takes Asher aside and tells him that she was especially impressed with his skills.

Present: Caleb and Harper are rewatching security videos and trying to figure out who kidnapped Alex off the street and how she woke up in the rubble of the bomb. They realize that there is a blindspot between two of the security videos and that is when someone snatched her. Caleb recruits the twins to help him figure out what is in the blindspot – he gives one of them the address to go check it out, and tells the other twin to stay at headquarters so that no one realizes her sister has left.

In the interrogation room, Alex is trying to tell Griffin Wells that there is another bomb out there – she starts rambling about finding the wire that could prove that there is another bomb. Wells isn’t buying it, instead he leads her down a dark hallway to torture her. He says that Alex has a high threshold for pain, but she can’t handle her loved ones being hurt. Wells has Ryan hanging from the ceiling, handcuffed and unconscious – when Alex sees him she starts freaking out.

Flashback to Quantico: All of the students head to the bar with Langdon – they play a serial killer drinking game and everyone gets wasted. Alex is dancing with Ryan and receives a phonecall from a bartender in Georgetown, Liam is there and he needs help, he is still drinking. Ryan begs Alex not to go – he doesn’t understand why she would want to help a man that tried to destroy them both.

Present: Neema calls Caleb – she found the blindspot, there was a van parked there – it looks like it has been parked there for days and there is a rag inside with chloroform. They rewatch the security video and notice a taxi pulling up on the next camera, they get the taxi’s lisence number, they think that the bomber took a taxi to the blindpost. Caleb and Vasquez rush off to try to track down the taxi and get an ID on the passenger.

Meanwhile, Wells is torturing Ryan and shoving his hand inside of his bullet holes while Ryan screams in agony. Ryan shouts at Alex not to say anything – no matter how madly they hurt him. Alex sobs that she doesn’t know who the bomber is, the only thing that she does know is that there is another bomb out there and more people are going to get hurt.

Caleb, Neema, and Vazquez brief Liam on all of the information that they found – they talked to the cab driver, he remembers the passenger but doesn’t know his name, he gave them the address he dropped them off at, it’s a hotel. Caleb went to the hotel and found the luggage bag that they think the terrorist used to transport Alex after she was knocked out. Caleb points out that whoever they are dealing with is calculating and meticulous, they were obviously plotting this for months – and made sure that they were never caught on a single camera.

Flashback to Quantico: Alex arrives at the bar where Liam is pounding drinks – apparently his teenage daughter frequents the bar and he was hoping to run in to her. Alex is able to convince him to go home finally, he is still shaken up about what happened to Miranda and her son. Back at the other bar, Simon and Langdon are back at the bar – they are arguing over a case file that they looked at in class, the “Welfare Killer.” Simon looked over the file, he knows that Langdon falsified evidence to put the killer away. She threatens him while they are sitting at the bar and taunts him that she could kill him right there – she knows where all of the security cameras and blindspots are.

Langdon rushes Simon out of the front door, and Ryan notices. Ryan rushes outside and Langdon lies and says that she was going to take Simon hoe to hook up with her. She jokes that “tonight is not the night,” and she kisses Simon and whispers “you will never prove it” before she hops in the car and drives off. Simon tells Ryan that he just saved his life.

Present: Wells is still torturing Ryan – Alex Parrish finally snaps, she says that she will say whatever Wells wants her to say. Right before she confesses to a crime that she didn’t commit, Liam and a squad of FBI agents barge in through the door with their guns drawn and tell Wells that is enough.

Liam takes Alex aside, he apologizes to her that it took him this long to believe her. He promises her that all of the students who helped her will be reinstated. Liam tells Alex that whoever framed her expected her to be caught, and the only way they will catch the terrorist is to play in to the next phase of their plan – he needs Alex to plead guilty. That way the bomber will continue with their plan, and they will be able to catch them.

Flashback to Quantico: Alex visits Miranda in the hospital to check up on her. In their dorm room, Nathalie confesses to Shelby that the reason she has been so moody is because she misses her 4 year old daughter – Shelby isshocked she had no idea that Nathalie had a kid. Out in the woods, Caleb receives a phone call from his dad Clayton – Clayton says that he just got intel on Shelby, and the sister in another country that she sends money to, doesn’t even exist. Ryan informs Alex that he is leaving Quantico – Miranda told him that he could leave weeks ago, but he had stayed for her…until now.

Present: Tonight’s episode ends with Liam holding a press conference – he announces that Alex Parrish has pled guilty to first degree murder of 130 people, and the bombing. Meanwhile, Simon is meeting with a man on the side of the road an ranting about the FBI, the man hands him a flashdrive with blueprints of every train station in NYC.