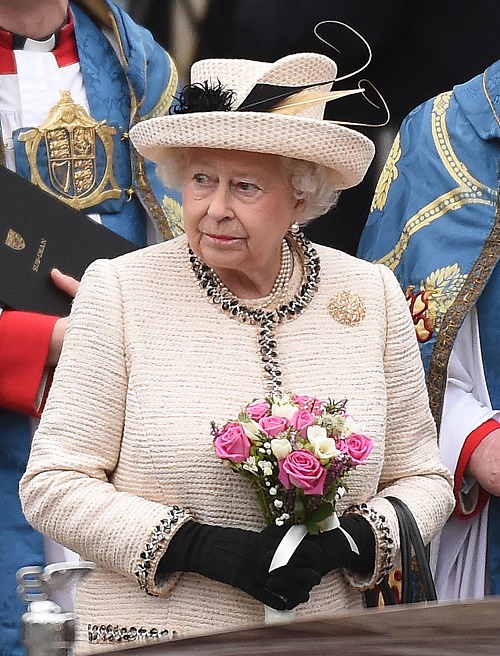 It’s no secret that the Royal Family’s Matriarch Queen Elizabeth’s health has been failing for years – and, according to a new report, the Queen nearly died recently during a shocking heart attack scare. The 89-year-old Queen was rushed to a secret medical facility in London this month after she collapsed and began having chest pains, according to a report in the latest edition of GLOBE Magazine. On what she thought was her death bed, the Queen gave her aide a letter she has been carrying around for two years, addressed to Prince William and Kate Middleton.

The May 5 edition of GLOBE Magazine reveals, “Queen Elizabeth cheated death as she eagerly awaited the birth of William and Kate’s new baby. Just hours after the Monarch was out horse-back riding in a park, insiders say she suddenly suffered agonizing chest pains and collapsed. Afraid she was dying, the medics frantically called a private clinic and ordered the staff there to prepare a unit for emergency surgery.”

GLOBE goes on to explain that while the Queen was administered oxygen in the ambulance her chest, pains subsided and her blood pressure slowly began to return to normal. She managed to avoid heart surgery but agreed to take blood thinning medication.

Interestingly enough, for a few intense moments en route to the hospital, Queen Elizabeth truly thought that she was dying – and she gave her aide a letter that she has been carrying around for two years addressed to Prince William and Kate Middleton. According to one of GLOBE Magazine’s Royal Family insiders, “Queen Elizabeth has done everything in her power to guarantee that Charles will never wear the crown with Camilla by his side. The letter to Kate was a record of her efforts, delivered to Kate on the very day she believed she was about to pass on.”