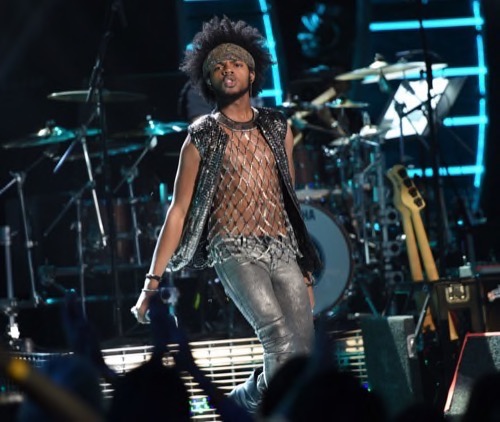 Quentin Alexander is officially eliminated from FOX’s singing competition American Idol, and fans are already questioning if the votes were rigged. Last week Quentin made American Idol history after his live outburst on stage in which he proclaimed that the show “was wack.” Quentin then proceeded to get in to an argument with American Idol Judge Harry Connick Jr. and he shouted at Quentin that he “could just go home now.” Afterwards Quentin and Harry awkwardly apologized to each other and Quentin tried to explain that he didn’t think American Idol was wack, he just thought it was wack that one of his friends were going home.

Quentin Alexander’s wack comments rubbed a lot of American Idol fans the wrong way – so there is a decent chance that he really just was eliminated because no one voted for him. However, there is also the very real chance that the voting system was rigged by producers of the TV show who wanted to send Quentin home after his live argument with Harry Connick Jr. Quentin is clearly a loose cannon, they don’t want someone on the show that is unpredictable and prone to angry outbursts. Even though Quentin apologized afterwards, the damage was already done, that is the beauty of live television.

This isn’t the first time in the history of American Idol, or any other singing show for that matter, that fans have questioned whether or not the voting system is rigged. FOX doesn’t have to prove which singer received how many votes, we aren’t deciding on the next President, technically the network can pick and choose whoever they want to send home at the end of the day – and the viewers at home would never be the wiser. What do you think American Idol fans? Was the voting rigged, or did Quentin Alexander really receive the least amount of votes? Let us know what you think in the comments below!