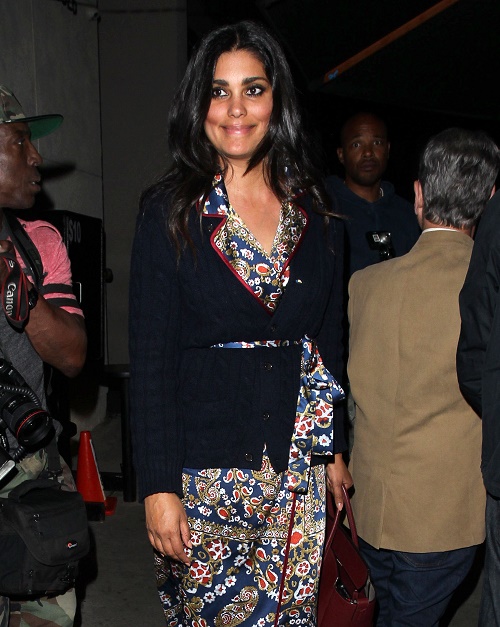 Rachel Roy and Damon Dash have been fighting over custody for their children for a while now, but the battle is finally come to an end. Dash has lost custody of his two daughters, 15-year-old Ava Dash and 6-year-old Tallulah Dash, to his ex-wife Rachel Roy. E! News confirms this through court documents that they obtained. In addition, the court documents reveal that the fashion designer has been granted a three-year restraining order against Damon Dash, which also puts into place an order of protection for her daughters.

The court did granted him supervised visits, but that’s about all he will get. We can’t blame the court. The document goes onto say that Dash did not even show up to the ruling, so he was unaware of the charges until a later date. What a horrible father. Whether or not the divorce is bad, to completely ignore a hearing that will determine your future relationship with your children, proves that he is unfit as a parent.

Roy filed for divorce from Dash all the way back in 2009, after four years of marriage. Rachel Roy is the woman that everyone blamed for the infamous 2014 Met Gala elevator fight between Jay Z and Solange Knowles.

Back in 2014, a source told E! News, “At the gala, Rachel was being flirtatious with Jay. Once everyone was at the Boom Boom Room for the after party, her flirtations were elevated. Beyonce approached Rachel to let her know that the behavior was disrespectful and she wanted her out of their lives for good…Jay said some disrespectful things to Beyonce and Solange as the confrontation was going down. That’s why all hell broke loose in the elevator and why Beyonce just stood back and let Solange hit Jay.”

Whatever the case may be, it seems that Rachel Roy is a magnet for drama. We can’t imagine that this divorce will be any less dramatic, which is why we were not surprised with the ruling. We can only hope things work out for the kids. When adults act like children, it’s only the kids that lose in the end.