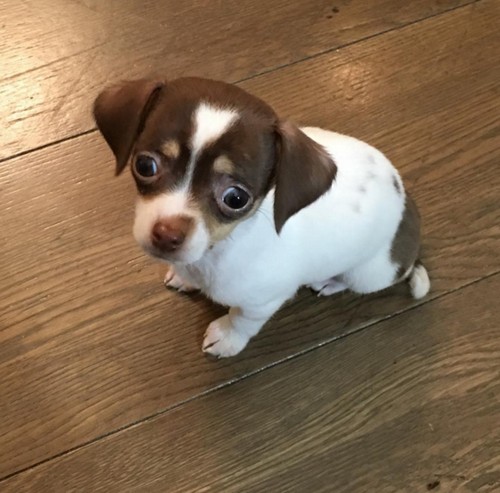 Ray J and Princess Love are having quite a good time ridiculing the birth of Kim Kardashian’s son Saint West while comparing the kid to their brand new unnamed dog. Ray J and Princess have a new pooch that they coincidentally bought the same day Kardashian gave birth to her son with Kanye West. Now the Love & Hip Hop: Hollywood couple are looking for a name for the precious pup because they can’t decide on one.

It’s starting to look like Ray J wants to grab a few of those Kim Kardashian headlines while he can. The Sexy Can I singer just finished up season 2 of Love & Hip Hop: Hollywood and with the filming break coming up, Brandy Norwood’s little brother is going to need all the help he can get to stay relevant until season 3 of the VH1 reality show returns sometime next year.

This isn’t the first time that Ray J has trolled Kim Kardashian and it seems like he always makes his most memorable moves around the birth of Kim’s children. Some may remember Ray J dropping his first single in a long time back in April 2013, right before North West was born.

Even though Ray J claimed I Hit It First wasn’t about Kim Kardashian, it very clearly was. Not to mention that the cover art for the single was a pixelated picture of Kardashian wearing a bikini on the beach. Of course Kanye West responded to the disrespectful song but that really helped Ray J’s career way more than it hurt.

There’s no telling how Kanye West will react with Kim’s less famous ex trolling their family and trying to cause an uproar with the adoption of a new puppy. Of course Ray J would completely deny that he and Princess Love are comparing Kim and Kanye’s baby to a dog.

The timing of the new pooch tells a different story though. It’s definitely no coincidence that the Wait A Minute singer asked for help in naming his new chihuahua puppy. Ray J posted a photo of the adorable pup on Instagram with the caption, “@mzprincesslove still Tryin to find a good name 4 him- got any ideaz?”

What makes the whole puppy naming adventure interesting is that Princess Love hasn’t mentioned the new dog at all. The puppy picture and name help requests have all been posted by Ray J to his Instagram and Twitter accounts.

@mzprincesslove still Tryin to find a good name 4 him- got any ideaz?