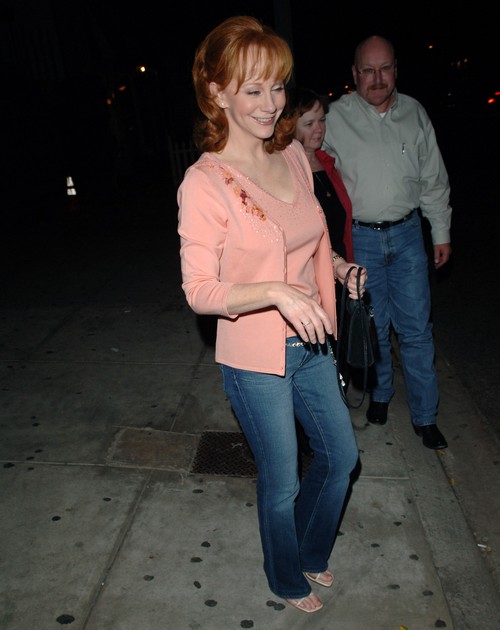 Country music singer Reba McEntire just confirmed that she and her husband of 26 years Narvel Blackstock have split. There must be something in the water, Reba’s divorce news comes just a few weeks after her fellow country music singers Blake Shelton and Miranda Lambert shocked fans by confirming they were getting a divorce as well.

Reba McEntire and Narvel Blackstock released a joint statement confirming the divorce and insisting that the break-up was amicable: “Despite this being the end of their marriage, they continue to support each other. They have worked together for 35 years and will continue to do so. They have asked that you respect their privacy during this time.”

Narvel wasn’t just Reba’s husband and the father of her son, Blackstock was also the singer’s manager and producer – which definitely makes things interesting. According to their statement, Reba and Narvel plan to continue working together on a professional level even though their marriage is over – which gives us the inclination that they really are parting on good terms.

It seems like every time a celebrity couple breaks up, they say their split is on good terms – and then a few days later the truth comes out and they begin slinging mud at each other. But, Narvel and Reba most likely just grew apart after 26 years of marriage, and if they are still planning to work together – then they might be the one celebrity couple that is telling the truth, and their break-up really is amicable.

Sources say that Reba and Narvel have been living separately for several months, and their break-up isn’t exactly new news. But, it is unclear if Reba and Narvel have actually filed for divorce, or if they even plan to do so. Are you shocked by Reba and Narvel’s split? Could the divorce get messy? If they split up months ago, why did they suddenly decide to announce the news now? Let us know what you think in the comments below!