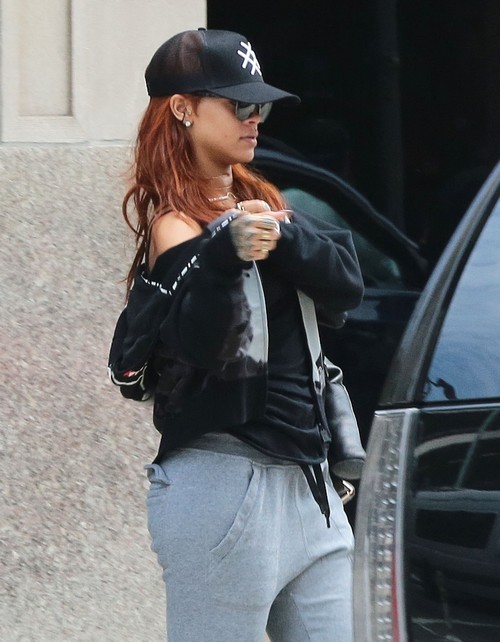 Rihanna is completely over her ex love interest Chris Brown after learning about his explosive fight with Karrueche Tran, which took place on June 4. Can you really blame her though?

Chris Brown recently got into a huge screaming match with another one of his exes, Karrueche Tran, and now Karrueche has moved on from Brown, but Hollywood Life has recently learned that Tran is not the only one done with Chris Brown’s violent personality. A source close the situation has revealed that Rihanna feels that Chris Brown is “troubled,” and wants nothing to do with him.

“Rihanna feels really bad that he is obviously very troubled and in pain but she is not going to reach out to him and help. He has had plenty of chances and she just doesn’t want to get into it. That was her former life and she got out of it and she likes the world she is living in now — way less drama!”

If this is true, it has taken Rihanna such a long time to really move on from Chris Brown, but at this point, there really is no reason to go back to him. He has proven time and time again that he is a violent person who definitely needs some help in his own life before he can worry about sharing a life with another person.

In his most recent show down, Chris Brown forced himself into Karrueche Tran’s car after the two were at a club together, and this action led to a showdown that eventually required police assistance to break up the altercation. Even after Chris Brown tried to resolve his anger issues by going to an anger management class, it seems that this problems run more deep than he originally thought.

The source says that Rihanna admitted to still feeling a connection to Chris Brown, but his fight with Karrueche Tran convinced her that he has not learned from his mistakes, and that Rihanna needed to leave Chris and his violent thug behavior in the past. With a new album coming out, Rihanna does not have the time to deal with Brown and his explosive behavior.

Do you think Rihanna will really, finally end all contact with Chris Brown, or is this going to be a temporary thing? Let us know in the comments below.

Rihanna is seen leaving her apartment in New York City, New York on June 4, 2015 by FameFlynet