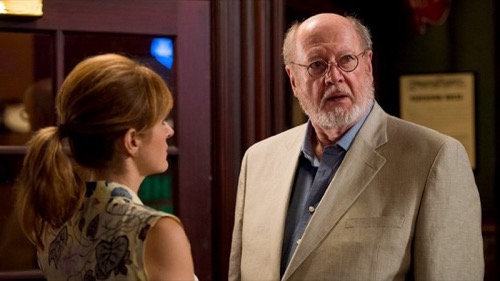 Tonight on TNT RIZZOLI & ISLES returns with an all new Tuesday, August 4 season 6 episode 8 called, “Nice to Meet You, Dr. Isles” and we have your weekly recap below. On tonight’s episode, the death of a jeweler is investigated, leading to a previously unknown member of the Isles family and casting light on a secret Maura [Sasha Alexander] has been hiding much of her life.

On the last episode, when a sixteen-year-old girl was murdered and left in a cage, Jane and Maura had to overcome the ethical dilemma of a psychiatrist and the stiff opposition of a fussy prosecutor in order to find the killer. Meanwhile, Jane had couch issues, and Frankie was seeing UFOs. Did you watch the last episode? If you missed it, we have a full and detailed recap right here for you.

On tonight’s episode per the TNT Synopsis “when the jeweler to Boston’s super cool and famous dies, our investigation leads us to a member of the Isles family we’ve never met. And that leads us to a secret Maura has been keeping for almost all of her life.”

Things have admittedly been rough for Jane since her apartment burned down last week. However, Jane is not going to let a little thing like that get in the way of her friend hiding something from her. And Maura was definitely hiding something.

Maura, you see, was hiding the truth behind why she had been ignoring her father’s calls!

On tonight’s episode of “Rizzoli & Isles”, Maura wasn’t answering her phone so Jane took a sneak peek to see who was calling. And as it turns out it was Maura’s father Arthur that kept trying to reach her. But Maura refused to address her blatant issues with the older man.

Thus Jane was going to pry when they both ended up getting the call from work. Apparently Ten Mohs had died and that was something of a big deal because he was the jeweler to the stars. And, well, celebrities – even minor ones – tend to get the press interested. Especially when those same media outlets can later try pinpoint someone even more famous for said crime.

And yet before this case could become a mess, someone came in to confess to killing Ten Mohs. Which is funny because by then Maura hadn’t even figured out the cause of death.

The suspects the detectives had been looking at were Mike “Cheeky” Jones, Hugh and Todd who actually turned out to be Hugh and Todd, and The Blingman who Ten had allegedly run out of business. And it was the Blingman that had turned himself in. Though he didn’t really know the particulars of how his opponent died. In fact he just came in to confess in order to win back some street cred.

And when he failed to do so, Blingman was more than willing to narc on the dead guy. So he told the police that Ten had shady in his business dealings. Like working the blood diamond cartel kind of shady.

So that brought the investigation to Raya’s door. Raya had been suing Ten Mohs for “The Darkness” which is a rare diamond that holds cultural significance for Raya’s people. And what do you know Raya recently traveled to the states to contest Ten’s right on the diamond. Meaning he was in town when someone poisoned Ten’s oyster with a puffer fish toxin.

However, before Raya could be considered as the primary suspect, Jane found out who his alibi and traveling partner was. And it was Arthur. As in Maura’s father who Maura finally later told Jane all about.

Arthur it seems is a liar. He likes to create these stories but he’s rarely ever telling the truth. So when Maura found out he had been with Raya and the cause of death – she then told Jane she should be targeting Arthur. Arthur after all was the one that wrote a dissertation on how to kill with puffer fish.

But Maura’s tidbit on her father only added fuel to ever growing fire. Because once one suspect got shot down – at least two more replaced him. And soon after Maura’s revelation, there was officially three suspects standing out.

There was Millie Juarez who was Ten’s baby mother. She had cashed blanks checks that Ten had signed on the day he died. Also there was Raya who could easily have access to the puffer fish indigenous to his region and who managed to tick off Korsak when he finally came in to talk to the cops. And then there was Arthur. Arthur whose own daughter was willing to suspect him of murder.

Yet Arthur eventually sought out his daughter and gave her information on his friend Raya. He told her that Raya’s young daughter is in Boston as well. And on top of that the young girl is the third person to have had access to the puffer fish.

Karina is a student at Boston University and oddly she had been on the VIP list, courtesy of Ten, on the night he died. So that could have opened up a lot of possibilities. Although most of their email transcripts revealed that two had simply been conspiring over diamond deals.

Karina had been selling diamonds from her village in return for paying for schools and bridges. Things to help her own people out instead of letting them starve in the traditional way. And Karina was getting Ten’s help in getting “The Darkness” back so that it could be returned to its rightful place. So she truly had no reason whatsoever to want to kill Ten.

Ten’s secret girlfriend on the other hand had the perfect reason. She had been Ten’s part in business as well as sleeping with him. And when she found out he was screwing her over in more ways, she killed him in a simple lover scorned scene.

So Ten’s death had nothing to do with business rivals, his baby mother, or the lawsuits.

And according to Maura, do you know what Arthur’s biggest crime was? He wasn’t there. And when he was he was sleeping with Maura’s best friend’s mother. Then getting his daughter to lie for him. So that’s why they have such a fractured relationship.