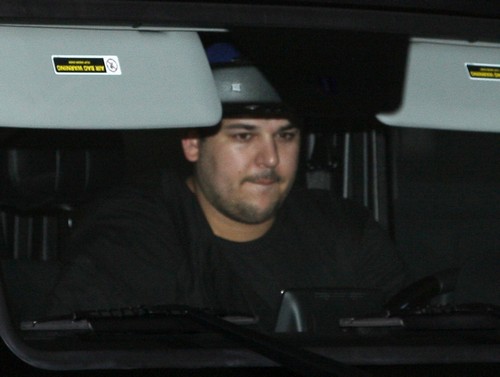 Rob Kardashian is turning to the tables on his momager, reportedly telling Kris Jenner to get mental health care herself. Remember, Rob is the one allegedly dealing with depression and other mental health issues, but it seems like he thinks Kris is in need of more help than him.

A source tells Radar Online, “Rob thinks Kris is awful to him and he wants her to stop being so horrible. He’s saying that he isn’t the one with the problem — she is.”

In fact, the source [hi Rob] even adds, “Rob wants Kris to get treatment by going to a shrink or a counselor — anyone that can help her change her attitude about him. He wants her to stop trying to force him to get help and take a look at how she is acting and change that first. But he doesn’t really believe that will ever happen.”

Of course it won’t happen. This is Kris Jenner we’re talking about – when she has ever admitted that she has problems, even when she very clearly DOES have problems? I mean, what kind of mother pimps out of her own daughters on a regular basis just to get money? She literally built the Kardashian empire, brick by brick, on the foundation of Kim Kardashian’s sex tape. That means that she literally took her daughter’s sex tape, and instead of stashing it away and hoping it never sees the light of day, she decided to use it to make herself – and her family name – famous.

Rob Kardashian’s hit the nail on the head when he says Kris Jenner needs help, but he’s also right in assuming that she’ll never get it. Instead, she’ll continue talking about how worried she is about Rob, her beloved son – anything to make herself look better.

What do you guys think? Does Kris Jenner need mental health care, or is Rob being petty? Let us know your thoughts in the comments below.