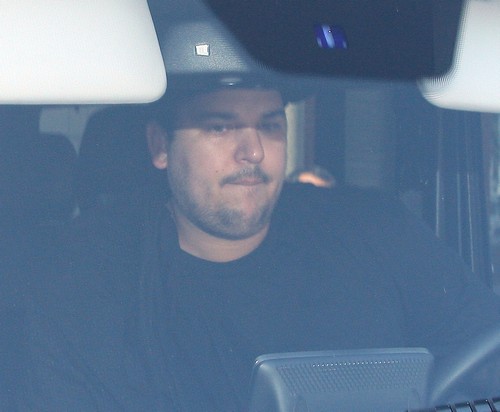 The Rob Kardashian Saga – it bears its own title now – might be the final nail in Kris Jenners’ coffin. Rob’s recent disappearing act, coupled with his intense hatred towards all things Kardashian, has turned into a bitter, horrible feud between mother and son. In true Freudian form, Rob Kardashian blames Kris Jenner for his misfortunes. An exclusive source told Celeb Dirty Laundry, “He thinks Kris pushed him too hard, neglected him too much, and didn’t love him the way he wanted her to love him. Rob enjoys playing ‘the neglected child’ card.”

No-one, and I mean no-one, messes with a messed up Kardashian. One wrong move and it’s game over. The Kardashians have enough skeletons hiding in their closets to fill a hundred romans à clef, which is why Kris Jenner is doing everything in her power to bring Rob down from his entitled perch.

Could an intervention be the answer to Kris’ prayers? Our source says no. “Rob is like a rogue missile at the moment; anything could set him off. Someone has to stop it from happening, and that ‘someone’ is definitely not Kris Jenner! An intervention is a really bad idea…”

Why can’t we just blame Kanye West? Yes, he’ll go off on an existential tangent and break Taylor Swift’s guitar, but it’ll prevent Rob and Kris’ histrionic fallout from seeping into my varnished desk. I can’t bear another Kardashian drama. Why doesn’t Kanye just take one for the team? All he ever does is rap and scream and make compass babies with his insane wife, Kim Kardashian.

The story smells like a decomposed publicity stunt, as if something went wrong behind the scenes and now there’s no way in hell to fix it. Rob obviously wants his worrying mother to back off, but will she? Of course not! It’s Kris Jenner. What do you think? Let us know your thoughts in the comments below.