Robert Herjavec and Kym Johnson Performing In Las Vegas: Will DWTS Couple Elope and Get Married In Secret Wedding? 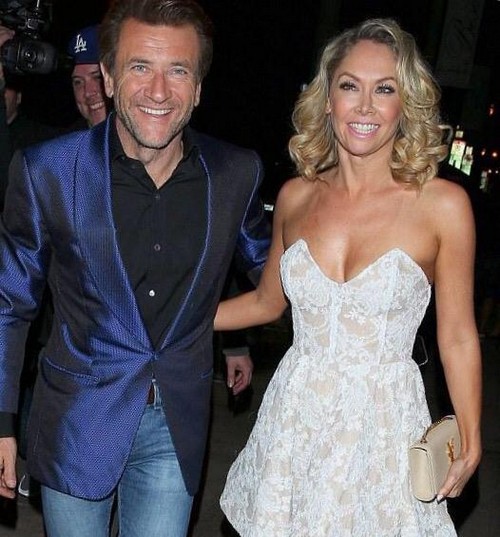 The Shark Tank millionaire shared a photo of himself and Kym Johnson posing with a bunch of dancers and captioned it, “Come see my next Vegas performance! Headlining soon … May be taking this whole dancing thing too far @kym_johnson.”

It’s not unusual for former Dancing With The Stars couples to hit the road and do a fell paid appearances after their stint on the ABC dancing competition is over. I mean, Chris Soules is still milking his DWTS gig for all it was worth and booking appearances at hotels and casinos that no one has ever heard of.

The part that has DWTS fans buzzing about Robert and Kym’s upcoming performance – is the location. Las Vegas! What better place for the DWTS couple to elope and get secretly married?

Rumors have been floating around for weeks now that Robert Herjavec and Kym Johnson are engaged and planning a wedding, other variations of the rumors indicate that Rob had an over-the-top proposal planned, and some rumors even tease that Kym gave Rob a marriage ultimatum.

Regardless, the bottom line is – everyone is certain that Kym and Robert are getting married. The question is – when and where?

Robert Herjavec and Kym Johnson seem like the eloping type, after all the fuss that has been made over their relationship – it’s not hard to believe that Kym and Robert might decide to get married in a 24 hours chapel by an Elvis impersonator.

What do you guys think? Could the rumors be true – will Herjavec and Johnson elope while they are in Vegas performing? Or do you think they will have a more traditional and over the top wedding? Come back to CDL for all your Dancing with the Stars news, dances and recaps!