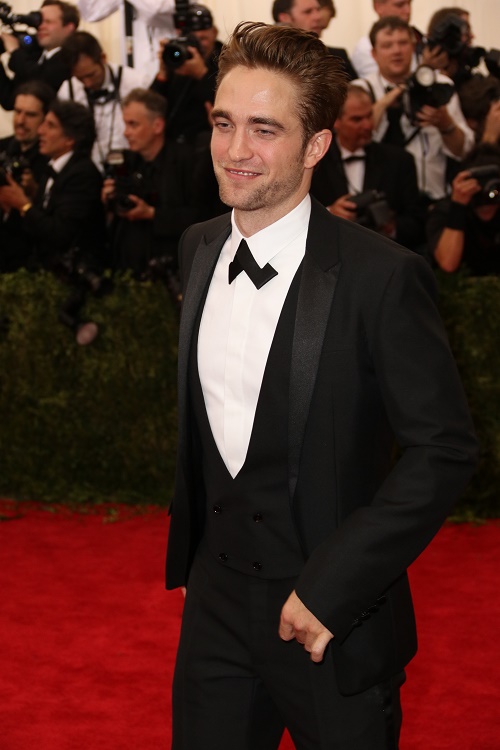 Happy birthday Robert Pattinson! On May 13th, the Twilight hunk turns 29 years old and is celebrating his birthday in New York City with his fiancée, FKA Twigs. It seems like just yesterday R-Patz won over the hearts of millions of crazed teenage girls when he debuted in the vampire saga Twilight alongside former girlfriend Kristen Stewart.
So, what is Robert Pattinson doing to commemorate his 29th birthday?

Pattinson was spotted in New York City on Tuesday night with his now fiancée FKA Twigs – the couple was reportedly out to dinner at Little Venice Restaurant and then they met up with friends before returning to their hotel room for a low-key night together. There is no news yet on what Twigs has planned for her future husband’s birthday, but knowing her it will most likely be something quirky or untraditional.

Ironically, at this time last year in 2014, we hadn’t even heard of FKA Twigs, and the media was buzzing that Robert Pattinson and Kristen Stewart were sneaking off to celebrate his 28th birthday together – and reuniting at the Cannes Film Festival. It is safe to say that Kristen Stewart won’t be reaching out to R-Patz to wish him a happy birthday this year; the actress is still reportedly bitter over his engagement to Twigs.

Just recently she backhandedly dissed Robert in an interview and said that filming sex scenes with him in the Twilight movies was “agony.” In the past, Robert Pattinson and Kristen Stewart always celebrated their birthdays together, with intimate parties and a handful of their closest friends. Considering the fact that FKA Twigs hates all things Twilight and Kristen Stewart – she is most likely on a mission to do something over the top for her future husband’s birthday to upstage anything his ex Kristen ever planned for him.

Do you think that Kristen Stewart will wish Robert Pattinson a happy birthday? What does FKA Twigs have planned for her future husband’s big day? Let us know what you think in the comments below!