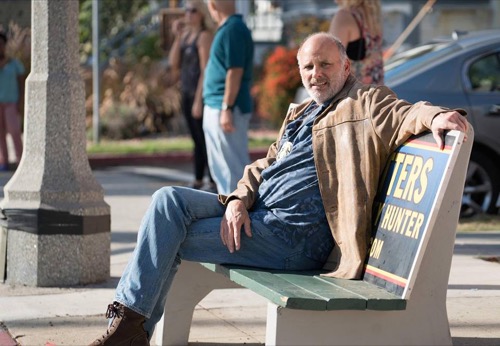 Tonight on FOX Rosewood airs with an all new Wednesday November 18, season 1 episode 8 called, “Bloodhunt and Beats” and we have your weekly recap below. On tonight’s episode the search for a murderer in the Everglades teams Rosewood (Morris Chestnut) and Villa (Jaina Lee Ortiz) up with a bounty hunter who happens to be Hornstock’s (Domenick Lombardozzi) former partner.

On the last episode, Beaumont faced his dad in court when the two were expert witnesses for the prosecution and defense, respectively. Later, a surprise announcement by Donna and Beaumont Sr. had unforeseen consequences. Did you watch the last episode? If you missed it, we have a full and detailed recap right here for you.

On tonight’s episode as per the FOX synopsis, “the search for a murderer in the Everglades teams Rosewood and Villa up with a bounty hunter who happens to be Hornstock’s former partner. Meanwhile, Pippy gets a big chance to launch her music career; and Villa tries to repair her relationship with her mom.”

Captain Hornstock’s old partner Floyd Butters was in town and he needed help with closing a case. Apparently Butters left the job in order to go work for himself as a bounty hunter and he was recently given Marlan Guzman’s case. Guzman being a notorious thief that no one has ever managed to catch.

Yet Butters didn’t show up on Hornstock’s door because of the price on Guzman’s head. He claimed to be hunting Guzman for making it personal when he killed one of Butter’s fellow bounty hunter. A man named Tex Bridgewater.

Now Butters and Bridgewater were in competition with each other but Butters swore that there was a code amongst them that made him desire justice for Bridgewater. So on tonight’s episode of “Rosewood” Hornstock assigned Villa and Rosewood to the Bridgewater’s case. He said it was their job to help Butters in what capacity his old friend might need.

And Villa blatantly decided to ignore her captain’s order. She was still going to work the homicide but she didn’t want to work with or being answerable to Butters. Who she felt was a back in the day kind of detective.

Therefore Villa had a problem with checking her attitude and her situation with a termite infestation back at her place might have put her especially on edge. As many of us know, houses have to be tented whenever there’s a termite problem and that means the owner or renter has to find other living accommodations until the house has been cleared. Yet Villa didn’t want to take Rosewood up on his offer to stay at in his spare room so she moved back (albeit temporarily) with her mother.

Though Villa doesn’t seem to actually care for her mother who she tends to dismiss as a woman that had barely parented her. So Villa was just upset with everyone and eventually she began to have doubts about Butters. Who she later felt was holding back on her in terms of information.

Butters had allegedly been hunting Guzman for the past three weeks yet Villa and Rosewood were seemingly ahead of him when they found out Guzman suffered a rare blood disorder. Rosewood you see had found out that Guzman suffers a form of hemophilia after he found a couple of drops mixed into Bridgewater gator ravaged remains. And that the condition was bound to force Guzman into staying in town seeing as he just a few drops would be enough to incapacitate their thief.

So Rosewood, Villa, and Butters checked out the nearest blood bank. However, by then, they had been too late. Guzman had already tied up a delivery driver and had impersonated him long enough to get the blood he needed.

Only Guzman didn’t then leave town which was what everyone had expected him to do. Instead he stuck around and had even broken into the police department. And that’s part hadn’t made any sort of sense.

Not even when they asked or in Villa’s case demanded that Butters tell them everything he knew about Guzman. Primarily because Butters didn’t have much to say. So Villa decided to investigate the rest of the case using her head and she ultimately came up with why someone like Guzman would stick around. She and Rosewood realized the two hundred grand that Guzman stole earlier must have still been in hidden where Bridgewater was found.

But the money had been gone by time Villa double-tracked. So there didn’t seem to be anything else that the detectives could use.

Yet Guzman did something strange. He later turned himself in. He said he heard Rosewood when he was in the police department and he knew Rosewood was the only one that knew he was innocent of murder. So that’s why he turned himself in with Rosewood.

Apparently the teenager had figured out for herself that Bridgewater wasn’t like the other bounty hunters. He didn’t want to catch her dad alive, he wanted to steal the two hundred thousand then kill Guzman. So when she realized she was right – she fired a couple shots off and that had ended up grazing her dad.

So the only truly hateful persona it seems had been Bridgewater. Although what his actions did end up bringing Guzmon and his daughter close together.

And later Villa decided to go easy on her mom. She had been wrong to doubt Butters and it turns out her mom did try to become a better parent.