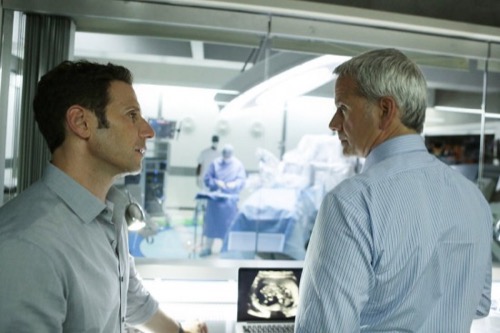 Tonight on USA Network ROYAL PAINS continues with an all new Tuesday, July 14 season 7 episode 7 called, “Lama Trauma.” We’ve got your recap down below! On tonight’s episode Hank (Mark Feuerstein) helps Boris (Campbell Scott) prep a secret patient for surgery; Evan tries to chase a bad omen from the hospital; and an offer from Quami forces Divya (Reshma Shetty) to make a major decision about her personal life.

On the last episode, Keller (Michael B. Silver) called Hank (Mark Feuerstein) for help when he suffered an embarrassing medical problem, but Hank believed Keller’s new girlfriend could be affecting his health in more ways than one. Divya (Reshma Shetty) treated a group of Civil War reenactors who seemed to be suffering from a disease more likely to afflict their ancestors. And Evan (Paulo Costanzo) worried he may be in over his head when he got roped into a secret project with Boris (Campbell Scott).Did you watch the last episode? If you missed last week’s episode we have a full and detailed recap, right here for you.

On tonight’s episode per the USA Network synopsis “Hank (Mark Feuerstein) helps Boris (Campbell Scott) prep a secret patient for surgery as Evan (Paulo Costanzo) tries to chase a bad omen out of the hospital. Meanwhile an offer from Quami (Wole Parks) leads Divya (Reshma Shetty) to make a major decision about her personal life.”

Tonight’s episode of Royal Pains kicks off with Evan arriving at the hospital with coffee and bagels – Margarite thinks that they are for the nurses but Evan blows her off. He heads down to the lab where Hank is working on their super secret Chinese patient, Rimpoche. His surgery is supposed to start soon but the cardiac team is delayed due to the weather. Rimpoche has a slight fever, and they are concerned about the future Timbetan leader – Hank is going to run a test on his saliva. Boris orders Evan to run the test on Rimpoche without a nurse’s signature. Evan says that it will raise red flags, so Hank volunteers to become an “attending nurse” and sign the test himself.

Evan heads back to his office, and there is a pigeon on his window sill squawking. He opens the window to try and shoo the bird away, but it flies in to his office and out the door and in to the hospital. Evan chases after him.

Divya is at her house working on paperwork and the Prince Kwami surprises her with one of his servants, he announces that they have come to have tea with her. He tells her that next week he has to take a business trip to Paris, he wants her to come along with him. Divya tries to turn down his invitation but he won’t take “no” for an answer. Divya finally admits to Kwami that there is “someone else.” He can’t believe that DIvya is rejecting him.

Back in the hospital Evan is searching for the bird that he accidentally let in. One of the patients stops him in the hallway and rants that it is unsanitary to have birds flying around the hallway. Evan finds the pigeon on the drinking fountain and tries to trap it under a blanket, but the bird gets the best of him.

Down in the secret lab, Hank is examining Rimpoche. He confirms to Boris that the child definitely has a heart murmur and is going to need surgery to close up an open valve. He takes Rimpoche’s temperature and he still has a fever. Boris thinks that it is just a summer cold. Hank reminds him that he was smuggled in from Tibet, he could have brought a virus to the United States with him. Rimpoche gives Hank his permission to administer antibiotics – as long as it doesn’t interfere with his meditation.

Divya invites Raj to go away with her on a weekend getaway, he accepts the invite. She goes to the hospital to ask Evan for the weekend off from work. Divya arrives at the hospital and she finds Evan in the hallway acting strange, she realizes that he is trying to set a trap in the supply closet to catch the bird that she let it. Divya tells Evan about the old superstition, “a bird flies in the window and death knocks at the door.” She says that some people believe that birds arrive to take souls away to heaven after they die.

Downstairs Rimpoche is playing on Hank’s Ipad. He gets a bunch of messages from an online dating website. Boris thinks that Rimpoche’s divine spirit is helping Hank land girls online. Hank realizes that Boris is Buddhist. Rimpoche announces that he has faith in Hank, even though he doesn’t believe in Buddhism.

Evan’s bird is still flying around the hospital, he finds him sitting on a patient’s head while the patient is sleeping. He runs in to the room and shuts the door so that the bird can’t escape and then prepares to capture it without waking up the man who’s head he is sleeping on. Evan picks up a pillow to catch the bird, a nurse walks in and thinks that he is getting ready to suffocate the patient. Margarite is furious when she hears that there is a bird running around the hospital, and she starts listing all of the diseases that birds carry.

Divya’s nanny Nate shows up to pick up her daughter, she reminds him that he is a week early. Nate must have mixed up the dates. He admits that he gets confused sometimes, and he has cold sweats. Divya decides to examine him and send away some blood samples just to make sure that he will be in tip-top shape to watch her daughter when she does go out of town with Raj.

Downstairs Rimpoche is not doing good, his fever has spiked. Hank says that he has an infection in his heart lining – he needs surgery ASAP. The surgical team is still half an hour out – Evan goes downstairs and Hank is working on Rimpoche, who is now unconscious. Hank tells Boris that Rimpoche needs a pacemaker, and he cant wait.

Nate shows up at Divya’s and he isn’t in good shape. He has a fever and he aches all over and says that it is hard for him to breathe. Divya is baffled because his cultures all came back negative, so he doesn’t have an infection. Divya realizes that Nate is Greek, he thinks that he may have a Mediterranean fever which causes fluid to build up in their lungs. Divya rushes Nate to the hospital.

While Hank is administering a makeshift pace maker on Rimpoche, Evan is upstairs making one last-ditch attempt to find the bird that got in to the hospital. He is afraid that the bird has come to take Rimpoche’s soul to heaven like the old superstition. Evan rushes down the hallway chasing the bird with a mop and a net attached to the end with a hanger. Downstairs Boris is helping Hank plug the wires in to the pacemaker. Discouraged, Hank heads back in to his office and finds the pigeon sitting on the window sill. He opens the window slowly and the bird flies out of the hospital. Hank and Boris are done with Rimpoche’s pace maker, he opens his eyes and looks around – he is going to be okay.

The surgical team arrives just in time to start Rimpoche’s surgery. Boris and Hank watch from behind a glass wall. Boris confesses to Hank that when he was 18 he jetted off to Tibet and found a monk monastery – he has always felt lie he owed a debt to the Tibet monastery and smuggling Rimpoche in and getting him the heart surgery was his way of repaying them.

Upstairs Evan is taking the nurses’s coffee and donut orders. He tells Margarite that the “eagle has landed” and he got the bird out of the hospital. She apologizes for the way that she acted and admits that she passionately hates birds because she was nursing her husband back to health at their house and a bird flew in to the house. She spent an hour trying to chase the bird out of the house, and when she was done she realized that her husband passed away. Margarite knows that it is stupid, but birds remind her of her husband passing away. Evan understands, he feels the same way about his mother and tapioca pudding.

Raj meets up with Divya at the hospital, he gives her back her daughter and tell her that his ex Karen wants to get back together – and she wants them to go to couples therapy. He apologizes to Divya and tells her that they can’t go away for the weekend because he is going to go to therapy with Karen. Divya tries to brush it off and tells Raj that it is no big deal.

Rimpoche wakes up from his surgery and everything went smoothly. He invites Boris to come back to Tibet with him to the monastery, and he blesses Hank for saving his life.