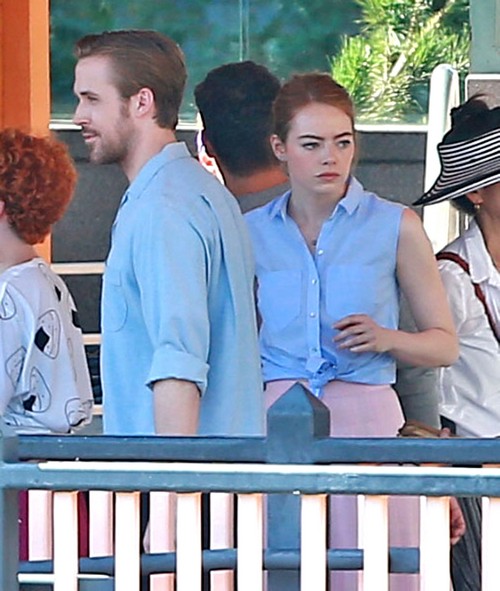 Mendes and Gosling are rarely seen in public together and have always been tight-lipped about the relationship. A source says that the very private couple fights all the time and barely spend any time together – if any at all. Allegedly Ryan and Eva avoid each other as much as possible.

Part of the reason for Eva and Ryan relentless bickering might be because Gosling has been getting cozy with “La La Land” co-star Emma Stone. Ryan and Emma reportedly began a close friendship when Gosling needed a close friend after Esmeralda was born. The pressures of being a new dad reportedly took their toll on Ryan and Emma lent an ear to listen when Gosling needed to talk.

It’s so bad between Ryan and Eva that only time they can stand to be around each is for the sake of 14-month-old daughter Esmeralda. An insider revealed to OK! that once Esmerelda is tucked into bed Gosling and Mendes head to opposite corners of their home – or the couple starts fighting and then head to their separate bedrooms.

Rumors that Ryan has been dating Emma Stone won’t die down. The rumors picked up steam after Emma split from Andrew Garfield after four years together. Garfield and Stone parted ways amicably. Busy careers and too much time apart was the reason given for “The Amazing Spiderman” co-stars break-up.

Allegedly Ryan is feeling stifled by the relationship with Eva and is on the verge of walking out. Sources have said Gosling prefers spending time with Emma and that their friendship has turned to romance. Eva has suspected Ryan was secretly Emma dating all along and has read the riot act to Gosling on numerous occasions.

Do you think there’s any truth to the rumors that Eva Mendes and Ryan Gosling are only together because of little Esmeralda? Is Ryan dating Emma Stone or are they just friends?
Let us know what you think in the comments section below and come back to CDL for all your celebrity news, rumors and gossip.