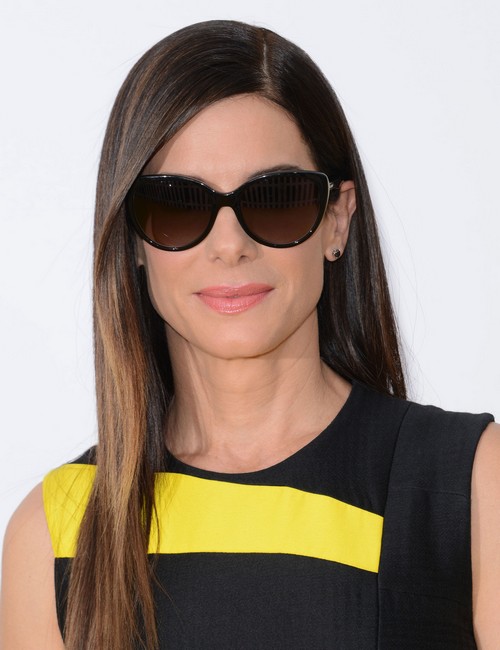 Did Sandra Bullock blow her America’s sweetheart persona at a recent press event in Toronto. The ‘Our Brand Is Crisis’ star allegedly went full diva during a shoot and reportedly treated the crew so badly that everyone was happy when Bullock went home early.

Who would have guessed that Sandra Bullock would be a nightmare to work with? A recent Star magazine report claims that Bullock threw a fit during a Toronto filming that left crew members with a very bad impression. Sandra was said to have been in a bad mood from the start.

An insider told Star, “She walked in with a scowl on her face and the only time she smiled was when the camera started rolling.” It sounds like Sandra knows when to turn on the charm. Too bad the mother of two couldn’t be more pleasant when the cameras are off.

The Toronto International Film Festival attendee allegedly told Star, “She was complaining about the wrinkles on her neck and berating the camera man over the lighting, saying he was making her look bad.”

Typically it’s Sandra Bullock’s men with the bad temper. Bullock doesn’t have a bad reputation in Hollywood but that could all change if she keeps acting like a diva on set.

Another detail in the Bullock bad behavior report was a claim that the A-lister left the event early and without saying goodbye. The Star insider claims that Sandra just got up and left. However the crew members were happy to see Sandra go because the whole experience was just that awful according to the report.

The whole story about Sandra Bullock lashing out at the Toronto International Film Festival seems very out of character for the Gravity actress. Although CDL has reported on Bullock’s foul mouth previously, the actress tends to be professional and doesn’t draw a lot of attention the way some celebrities throw their weight around. We’re guessing that either the report is blown out of proportion or that Bullock was having a really bad day.