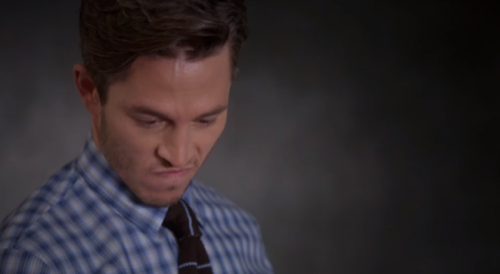 Tonight on MTV Scream airs with an all new Tuesday July 28, season 1 episode 5 called, “Exposed,” and we have your weekly recap below. On tonight’s episode, a scandalous video is leaked.

On the last episode, Emma got a mysterious message which lead her and Audrey in search of answers. Did you watch the last episode? If you missed it, we have a full and detailed recap right here for you.

On tonight’s episode per the MTV synopsis “when a scandalous video is leaked, Emma learns a heartbreaking secret.”

Emma played with fire and now she’s getting burnt on tonight’s all new episode of “Scream”. It seems that after her sex tape became viral, Emma started to believe that maybe this was what the killer wanted all along. A chance to humiliate her in front of everyone.

And if that was the whole hospital thing was then Emma no longer wants to be a junior sleuth. Later, she told her friends that she wanted out. As in she wasn’t going to go looking for evidence or what have you on her own anymore.

Instead she was simply going to leave the rest of the investigation up to the police.

Although, what with all the murders, the good people of Lakewood are exactly confident in their sheriff or their police department. In fact you could say they’ve quite loudly been voicing their discontent since it was revealed that Tyler wasn’t the killer. So the mayor being first and foremost a politician decided to bring in outside help if for no other reason than to make himself look good.

He contacted the State’s Department and they sent over Det. Lorraine Brock. An experience detective that just so happens to have history with the town’s sheriff. So that’s bound to cause some friction in how these murders will eventually be handled.

And an example of this would be what happened on Lorraine’s first day. See, Lorraine didn’t want to rely on what the sheriff had already reported. She wanted to look at this entire case with fresh eyes so she decided to start at the beginning – like reaching out to Emma for instance for a one on one interview.

Emma is pretty much involved in the case whether she likes or not. Her mother was the source of Brandon James’s obsession and her father is the only survivor of the original murders back in the day. So that in addition to Emma receiving strange messages meant all investigations had to start with her directly in the middle.

However, Brock has scared Emma’s texter. Because despite her new resolve to be open with the police, Emma ended up lying to them.

Though, truthfully, it was more like she was forced into not revealing any new information to the detective.

Earlier she had received a text that said if she told the police about him then her next prize was going to be her mother’s heart in a box. And frankly Emma was just too scared to risk it. She tried something once and by the end of it – Riley was still murdered.

So Emma was already on edge when Brooke finally decided to be honest with her. Brooke it seems knew that there was a video of Emma yet she didn’t say anything because they hadn’t been friends back then. And technically she would have been a narc if she told Emma that Nina had originally dared Will into deflowering the school’s Pollyanna.

Apparently Nina thought it was all one big joke but, afterwards things changed for their group, when Will actually became interested in Emma for more than sex. So that’s why no one didn’t tell Emma. And why Will flew off the handle when the truth did come out.

Up to that point, Will was still trying to win her back. But now Emma doesn’t even want to be around him. Much less forgive him.

So their relationship is over and, because of the way it ended, Will later got into an argument with both Brooke and Jake. Technically Jake had stepped in to tell Will to back off on blaming everything on Brooke though it’s fair to point out that the two guys have their own issues with each other that was just waiting to boil up. And so when fists began to fly then it wasn’t that much of a surprise.

But neither Will nor Jake are ever going to reveal the truth behind their own fight.

And Jake was never going to admit that Will was the one that wanted to back out on blackmailing people. So rather than be honest or simply stop doing what he’s doing, he went over to Brooke’s and told her that will had been blackmailing her dad behind all of their backs. As if Will’s idea to pick up from where Nina and Tyler left off.

Only the video that the teenagers had collected wasn’t of an affair. It was a murder. It showed the Mayor dragging his wife’s body on the same day she allegedly went overseas for a spa resort. So Brooke now knows her mother is never coming back home.

And Brooke’s dad who had been watching security footage of the house on his computer – heard everything prior to the big finale!

It seems he was more concerned about tracking down Will than he was about explain himself to his daughter.