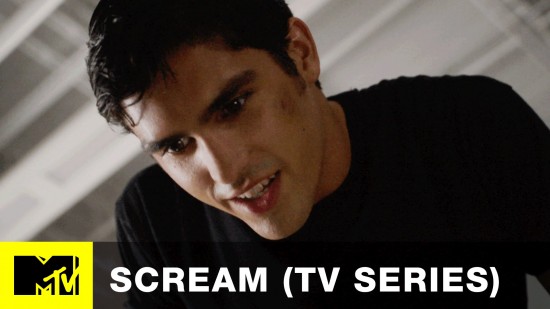 Tonight on MTV Scream airs with an all new Tuesday August 4, season 1 episode 6 called, “Betrayed,” and we have your weekly recap below. On tonight’s episode, the new prime suspect is someone close to Emma.

On the last episode, when a scandalous video was leaked, Emma learned a heartbreaking secret. Did you watch the last episode? If you missed it, we have a full and detailed recap right here for you.

On tonight’s episode per the MTV synopsis “Emma learns that the latest prime suspect is someone close to her.”

In this sick and twisted game of trust no one, Emma is being incredibly naïve by continuing to trust her so-called her friends.

On tonight’s episode of “Scream”, the detectives working the case have finally come up with another viable suspect. Only it’s Audrey and Audrey’s friends can’t believe why anyone would suspect her. Especially knowing how much she loved Rachel and never would have harmed her.

So, while they were waiting to hear back from Audrey who had been forced to do a perp walk, Noah eventually came up with one of his outlandish theories hoping that would be the answer to this sudden evidence getting found. And funnily enough this theory of his might actually have some weight to it. See, their teacher Mr. Branson is still relatively new to the town. Meaning no one knows that much about him. But Noah couldn’t find his teacher in an online search.

He found other Mr. Bransons but it was no go on the man that had been hired to teach children. Thus Noah later did something quite desperate. He manipulated Branson into giving up his fingerprints and then ran it through an app.

But before Audrey secret defense could find out the results, they received a call from their dear friend still at the police station.

Audrey had called them in a panic. It seems the new detective Brock was trying to pin all of the murders on her and wanted the tape from the night Nina had died. However Audrey knew she couldn’t that particular tape over. So she called her friends and demanded they find it before the police do.

Audrey had wanted that tape to be destroyed and she was willing to jeopardize a police investigation in order to do so. But if Brock hadn’t seen Audrey’s friends fleeing the scene when she had abruptly showed up at Audrey’s home with search warrant – then maybe Audrey wouldn’t have looked quite so guilty.

Apparently the only thing the police had on Audrey was that her DNA had been found inside of the mask. Everything else was pure speculation. Audrey was with Rachel when Nina died. So she doesn’t have an alibi. And Audrey could have killed Nina because of the tape she had released.

So, yeah, it was speculation but because of what happened with the missing tape – Brock called in Emma to try and get the girl to spill on her friend.

Only, once again, Emma chose to remain silent even in the face of authority. At the time, she still wanted to trust Audrey. Yet Brock had done a pretty good job on her and doubt was definitely planted. Thus Emma needed answers and the only way to get them was to watch Audrey’s tape for herself.

Though the tape, itself, turned out to be quite disturbing.

Rachel had recorded a very angry Audrey who kept on saying that Nina should pay. And who then ignored her girlfriend when she tried to calm her down. So video closes on Audrey who was demanding Rachel stop filming until it finally worked. And now Audrey’s friends have no idea what she did next on the night in question.

Even Noah, who had always been on her side, soon found himself doubting Audrey. And he came to blame Emma for it because it was her idea to watch the tape.

But Emma was just as conflicted about what she saw and it wasn’t until her mother told her about the Brandon James that things started to make sense again.

The myth, you see, behind Brandon James was all wrong. Emma’s mother wasn’t Brandon’s obsession. Instead the two of them had been long childhood friends. And on the night that Brandon had allegedly snapped, Brandon had come down to the school to tell Maggie that her boyfriend didn’t deserve her. So when that boyfriend found out about it – he then gathered his friends and attacked Brandon.

Yet Maggie never felt like Brandon had then hurt all of those people. And she hadn’t betrayed him to the cops. What really happened is that her father had overheard making a meeting with Brandon and he was the one that alerted the police.

So after she had finished her story, Maggie told Emma to follow her gut. And if it said that Audrey was innocent then follow it.

And that’s what Emma did. She lied and created an alibi for Audrey on the night Nina had been murdered.

But Will later played an even riskier game. He tried to make amends for blackmailing people so he stole the money Jake had gotten from the Mayor and then returned it to the Mayor. But setting up a meeting in abandon warehouse is what led to him getting captured by the killer!