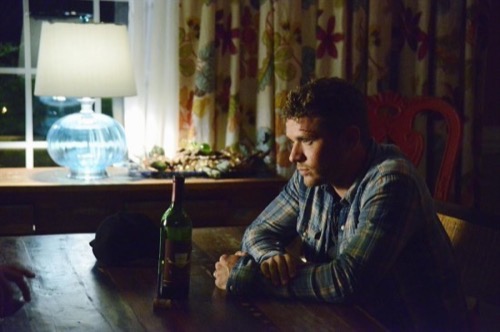 Tonight on ABC Secrets and Lies continues with an all new Sunday March 15, season 1 Episode 4, called, “The Sister,” and we have your weekly recap below. On tonight’s episode Ben [Ryan Phillippe] learns where Natalie was two nights before Tom died, when she was allegedly babysitting, which leads to a confrontation with his neighbors, the Richardsons, and a revelation about the death of their own son. Meanwhile, Cornell confirms the murder weapon; and Ben’s memory continues to fail him about the night of Tom’s death.

On the last episode, Ben struggled to keep his family together after a damaging revelation was made public right before the holidays, but he also discovered a shocking piece of evidence that could tie him to Tom’s murder. Did you watch the last episode? If you missed it, we have a full and detailed recap right here for you.

On tonight’s episode as per the ABC synopsis, “Ben uncovers the truth about Natalie’s whereabouts two nights before Tom died when she supposedly was babysitting the young boy, leading Ben to confront his neighbors, Dr. and Vanessa Richardson. After learning about the strange circumstances surrounding the death of their son, a suspicious Ben is convinced that they possibly were involved in Tom’s death. Additionally, there are other shocking revelations that come to light about the seemingly well-intentioned couple that lead to a stunning outcome. In other developments in the investigation, Cornell confirms the murder weapon and then springs another bombshell on Ben, who still can’t recall his actions the night Tom died.”

Tonight’s season 1 episode 4 looks like it is going to be intense so make sure that you tune in to our live coverage of Secrets and Lies at 9:00 PM EST!

This thing with the Crawford’s daughter Nat hasn’t cleared up. Apparently, Ben has been watching a lot of TV and according to leading specialist it’s usually the people you know that are secretly capable of hurting a child. So now he suspects his friend of touching his daughter. And although both his daughter and Dave have denied anything at all happened – Ben remains on the fence.

Although Dave isn’t the only one he suspects of hurting one of his children. A neighbor of his has recently made him curious as well.

While his daughter was supposed to be watching Tom, she had a friendly neighbor come by and watch the little boy for her as she snuck away to go to a concert. At least that’s what she said at the time. And so Ben is questioning why the Richardsons never said a word to either him or his wife about it. Nor for that matter, when he questioned Vanessa about why she covered for his daughter, has she ever mentioned her son Malcolm.

Malcolm it seems died a couple of years ago. Though no one had ever heard about him until now. And that’s only happened because Vanessa was drinking in honor of what would have been her son’s birthday.

But as she was going over her son’s things, Ben noticed something. He saw Malcolm’s file with social services and according to the research he later did online – the Richardsons had changed their name when they moved to the States. And they did so to hide the fact they were both suspected in a case of sexual misconduct with their son prior to their son’s death.

So Ben then wondered why the police haven’t looked into the couple yet.

He took what he found to the sex crimes unit and he asked them to unseal the Richardsons’ file in the UK. He had to go around Cornell to do this but he felt it was important he knew everything about his neighbors and what they could have possibly done to his son. Cornell though questioned Ben when she found out what he did.

She alluded to looking into having the Richardsons checked out but she played another one of her mind games by telling Ben his daughter didn’t sneak off to go to a concert with her boyfriend. She actually went with his friend Dave.

Dave had a reasonable reaction when he was again accused of something but this time his friendship with Ben might just possibly be over.

You see Ben didn’t stop at accusing his friend of sleeping with his daughter. He also demanded to know what Dave told Cornell. As if his friend could have snitched on him! So Dave told him they were done. They were each other best friends once upon a time, but this paranoid person that Ben has become had ended their relationship.

However it all backfired when the truth about the sealed file came out in the worst possible way.

The Richardsons hadn’t killed their son. He was actually a hemophiliac and would bruise easily. Though, neither social services nor his parents knew about his condition at the time. Hence he was taken away while an official investigation into the bruises was being conducted. But unfortunately for Malcom, he was sent to a group home that was run by the man that would eventually beat him to death.

So their son’s death was not the Richardsons’ fault. His condition on the other hand was. Hemophilia can often crop up when parents are too closely related and in this case – when the Richardsons found out they were half-siblings – it was already too late.

That’s what the case about sexual misconduct was really about. They hadn’t touched their son but siblings getting married tend to lead to some sort of an investigation. And after Ben’s employer, that only claimed to be a writer was instead revealed to be reporter, ran with the story on the Richardsons – the couple then had to move for a second time.

So Ben did to them what the reporters are doing to him – ruining lives using innuendo. And that seemed to finally snap some good sense back into him because he later apologized to Dave. And for all his blustering, Dave was quick to forgive in exchange for beer.

He never told Cornell a thing about his friend and Ben had nothing to worry about from his corner. The main concern though is that Ben doesn’t remember that night in question and so it came as a surprise when Cornell played a voicemail message he had tried to leave for Jess. In it, he apologized and he told her doesn’t know what’s going to happen tomorrow.

Tomorrow being when Tom was killed.