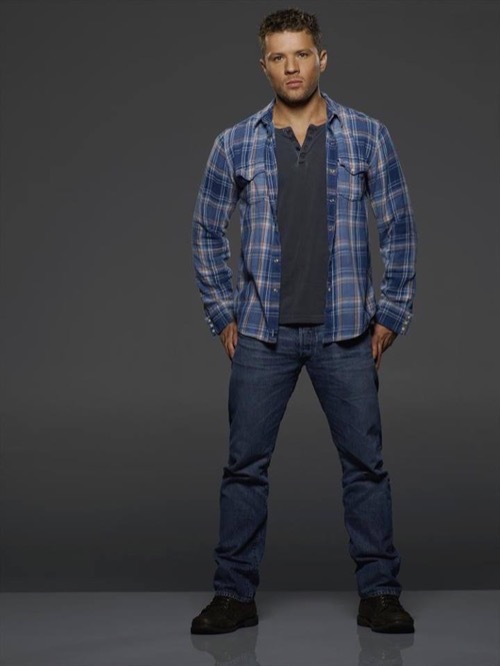 Tonight on ABC Secrets and Lies returns with an all new Sunday March 8, season 1 episode 3 called, “The Affair,” and we have your weekly recap below. On tonight’s episode Ben [Ryan Phillippe] struggles to keep his family together after a damaging revelation is made public right before the holidays.

On the last episode, Ben Crawford became the prime suspect in a murder after finding the body of his neighbor’s young son, and he and his family were engulfed in a media firestorm after a detective’s routine questioning. In the second hour, Ben started to conduct his own investigation, and the deceased boy’s mother suspected his estranged father may be responsible for his death. Did you watch the last episode? If you missed it, we have a full and detailed recap right here for you.

On tonight’s episode as per the ABC synopsis, “Ben struggles to keep his family together after a damaging revelation is made public right before the holidays, but he also discovers a shocking piece of evidence that could tie him to Tom’s murder.”

Tonight’s season 1 episode 3 looks like it is going to be intense so make sure that you tune in to our live coverage of Secrets and Lies at 9:00 PM EST!

Ben wants to defend his family and although his best friend Dave warned him against it – Ben went out shopping for a gun. Apparently he thought that was going to be enough to keep Jess’s ex-husband away from his family but running into people that hat him because they thing he’s guilty, while he was in the middle of a gun store, deterred him from doing something stupid. At least in buying a gun.

However, accusing his wife wasn’t his smartest idea. Christy it seems just had to go to a wok function and seeing as she was wearing brand new (also expensive looking earrings) – he tried to ask her about them. And more importantly who gave them to her. As if there was reason to be suspicious of her actions.

Meanwhile, his affair with Jess coming out has reinvigorated the press’s interest in the death of his son. And not in a good way. Instead of focusing on who could possibly have hurt the little boy – they’ve honed in on Ben as their chief suspect.

And in fact everyone has been questioning his innocence. His oldest daughter doesn’t really want to have anything to do with him and Detective Andrea Cornell continues to suspect him even as he helped find Scott for her.

After Ben realized Scott couldn’t have possibly have known he was Tom’s father without help, he secretly paid Jess a visit. And according to her, she only told one person about that and it wasn’t her ex. It was her sister. The same sister, the two later found, sleeping with Scott.

So Ben did Cornell and the army, considering Scott had gone AWOL, a favor. Yet no one seemed to appreciate it and Cornell felt the need to point out that several other killers have put themselves in the middle of an investigation. But what else is Ben supposed to do especially as he feel like no else is being looked at for the crime and that someone is trying to implicate him.

Ben later found the murder weapon. It was his flashlight that had gone missing from his car earlier and recently someone had returned it. Though, with Tom’s blood and hair still on it.

Besides his already fraught relationship with them, Ben didn’t think police were going to necessarily believe him if he chose to inform them about the “returned” flashlight. So ultimately he chose not to tell them anything. And that decision nearly backfired on him when Cornell came snooping around one day and almost found it herself.

You see Ben’s ploy to simply cover the flashlight up wasn’t as easy as he thought he was going to be. First he had to deal with his wife and her ever helpfulness in assisting the police. And then he had to get the flashlight out of the house.

So he made it look like another present under the Christmas tree to buy himself time. And although he already had enough on his plate what with getting rid of evidence, he also promised Jess in his free time that he was going to find their son’s killer one way or another. As it turns out Scott didn’t hurt Tom.

Scott had an alibi and Ben realized for himself, after running into him, that Scott couldn’t possibly have killed Tom. So now he has to figure out who did.

Yet the lists of things he wants do continues to grow longer. Not only does he have to get rid of the flashlight but he also has to find Tom’s killer (before he goes down for it) and he has to deal with the pregnancy test he found in his wife’s bag. Christy promised him she never cheated on him so the test couldn’t be hers. And that left only one other possibility – his daughter Natalie.

And Ben didn’t take the news (about possibly being a grandfather) all that well. He followed his daughter to a party and confronted her boyfriend in front of camera wielding teenagers. So now there’s footage of him threatening to kill his daughter’s boyfriend.

Plus the one person that knows about as much as Ben, his best friend, was taken in to answer some questions involving that night and this comes after he had just got into an ugly argument with Ben.