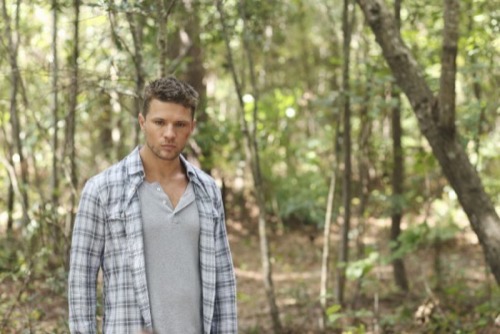 Tonight on ABC Secrets and Lies premieres with an all new Sunday March 22, season 1 Episode 5, called, “The Jacket,” and we have your weekly recap below. On tonight’s episode Ben [Ryan Phillippe] helps a neighbor’s autistic son and discovers another piece of evidence related to Tom’s murder, which causes Ben to suspect the boy’s family may know more than they’re letting on.

On the last episode, Ben uncovered the truth about Natalie’s whereabouts two nights before Tom died when she supposedly was babysitting the young boy, leading Ben to confront his neighbors, Dr. and Vanessa Richardson. After learning about the strange circumstances surrounding the death of their son, a suspicious Ben was convinced that they possibly were involved in Tom’s death. Additionally, there are other shocking revelations that come to light about the seemingly well-intentioned couple that lead to a stunning outcome. In other developments in the investigation, Cornell confirmed the murder weapon and then springs another bombshell on Ben, who still couldn’t recall his actions the night Tom died. Did you watch the last episode? If you missed it, we have a full and detailed recap right here for you.

On tonight’s episode as per the ABC synopsis, “while attempting to help his neighbor’s autistic son Matt Daly, Ben stumbles upon a crucial piece of evidence related to Tom’s murder. This leads Ben to suspect the Daly family of wrongdoing and confront them regarding their involvement in the death of Tom. In doing so, yet even more secrets and lies are revealed on Chelsea Bay Drive. Meanwhile, a new threat emerges in Ben’s life, and it’s far more dangerous than he realizes.”

Tonight’s season 1 episode 5 looks like it is going to be intense so make sure that you tune in to our live coverage of Secrets and Lies at 9:00 PM EST!

Here’s the funny thing about that phone call to Jess, Ben doesn’t remember any of it. Unfortunately for him, Ben can’t recall a thing because he was so drunk that night. And so he’s made himself his very own worst enemy on tonight’s all new episode of “Secrets and Lies”.

For instance, how can he clear his name if he doesn’t remember what he said or did on the night Tom was murdered? If anything, that’s just makes him look guilty. And how sure is he that is in fact innocent?

Frankly, the only thing that’s now working in his favor is the blue jacket Cornell had questioned Dave about. Ben knows it isn’t his. So it must belong to someone else.

Later Ben got lucky enough to see the jacket for himself while he was helping out his neighbor’s mentally disabled son and so once he had returned Matt Daly to his mother he then tried to retrieve said coat. Matt had actually been carrying the coat before he dropped it so they both had known it was there but it was gone by time he had come back. And the only thing that remained at the scene was Matt’s brother Tyler. The very same Tyler that was supposed to be still out of town.

Then to add on top of that, Tyler Daly it seems has a very well-known drug problem. Apparently the whole neighborhood knows about it. Including Ben’s daughter Natalie. According to her and Dave, he’s been in and out of rehab for quite some time and lately Ben has been seeing some odd bruises on Tyler’s mother. So when he saw Tyler at the very same spot he last saw the jacket – it got him thinking. Maybe Tyler’s drug problem can occasionally make him violent.

Yet no one wanted to believe his theory about Tyler. Particularly, as he’s been wrong about this sort of thing before.

Dave said Tyler was a good kid and Natalie, for one, had never seen Tyler get angry enough to hurt. And she’s seen him flip out so she’s knows what she’s talking about. Plus, the neighborhood’s busybody Kevin had warned Mrs. Daly about Ben. It seems he told her that Ben was going to start harassing her family like he did with the Richardsons. Meaning even if Ben wanted to talk to her calmly – she was never going to let him go anywhere near her sons.

To tell the truth, no one wanted to be anywhere near the Crawford family. And that’s including the younger daughter Abby.

Abby had apparently been invited to a party but the invitation went out before he father was accused of murdering her half-brother. So when she showed up to celebrate her friend’s birthday, the adults took her dad aside and told him that he and the other parents had come to an agreement. They didn’t want Abby around the other kids!

Then, seemingly out of nowhere, someone again attacked the Crawford home. Only the threat was even more serious than before. Before, you see, the family had to deal with juvenile antics. Like someone spray painting murderer on his fence and carving guilty on the side of Christy’s car. Yet, this time, someone had broken into Ben’s garage and they filled it with the same flashlight that was the murder weapon.

So Cornell ordered a risk assessment and what she learned is that whoever targeted Ben and his family that way – is highly sophisticated and should be considered a danger. Not only did they find out about the murder weapon (something that was not released to the press) but this person also sent Cornell a text about they did using Ben’s phone number.

And so Ben ended up pushing his way into the Daly house.

He though the flashlights must have been Tyler. And yet, as it turns, he was wrong about the whole Daly family. In actuality it was Matt that was hurting his mother – not Tyler. Tyler was just hiding out at home because he had been drinking and driving the other day and he doesn’t remember if he hurt someone.

But if Ben then wanted to believe it was Matt that could have hurt Tom – Matt’s mother’s assurances to both him and the police about her disabled fearing the rain helped quashed that. Matt doesn’t like it when people besides his brother and mother touch him. So he hates the rain because he doesn’t like it falling on him.

So the Dalys had nothing to do with the threats. That ended up being Natalie’s boyfriend who admitted to doing it because he upset about how Ben kept trying to keep him away from Natalie. And, well, the family has now nothing to worry about anymore because Natalie dumped him when she found out what he did.

However Cornell told Ben, away from his family, that the incident with the flashlights wasn’t his daughter’s teenage boyfriend. It was dangerously someone else and, even if she hadn’t mentioned it, Ben figured that part on his own when someone later trapped him in the car park at his wife’s job.

Whoever did it must have been followed him seeing as it was last minute decision to check up on his wife and see if she was one cheating on him. And, sadly, this episode ended on a cliffhanger when it showed Ben trapped inside a darken garage but with no one to hear his cries for help.