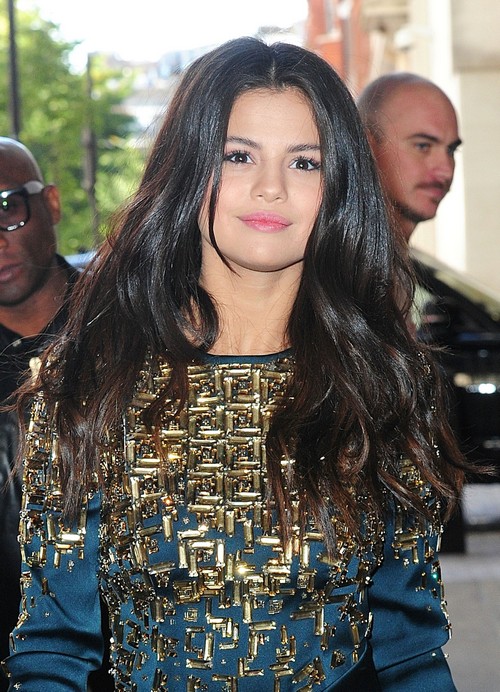 Selena Gomez just can’t seem to stop talking about her ex-boyfriend Justin Bieber. Biebs has made it pretty clear that he is over Selena and ready to move on to the next phase in his life. The “What Do You Mean” singer recently had an epiphany and realized that Selena had no interest in being with him, and was just using their relationship to promote her new album “Revival.”

And, it looks like Justin was 100% right. Selena has been doing interviews on a daily basis to promote her new album (which has an October release date), and in every single interview she somehow manages to link her new music to her old boyfriend Justin. Coincidence? We think not…

Selena Gomez’s most recent interview was with New York Times, and it wasn’t long before she began discussing Justin Bieber – and reminding everyone that she used to date him. When asked what she thought of Justin’s latest comeback, this is what SelGo had to say, “While people were writing that I was stupid for being in [the relationship], this is what I always saw in him. I’m like, duh! It’s all part of my story. I’m growing and changing. I was in a relationship, and I was being managed by my parents, and I was still under Hollywood and Disney, and I was being held to this expectation of being the good girl.”

It’s no wonder Justin Bieber is at his wit’s end with his ex-girlfriend Gomez. It would be great if she could sit down for just one interview, and not mention her ex-boyfriend. At this point, even her obsessed 12 year old fans are starting to pick up on her inability to disassociate herself from Biebs.

Ironically, during interviews Justin won’t even say Selena’s name out loud half of the time. And instead of teasing that there is any tiny chance of a reunion, Justin announced on the Ellen DeGeneres show that he is “single and ready to mingle.”

So, do you think that Selena is milking the whole “Jelena” thing a bit too much? Would her new singles be half as popular as they are now if it weren’t for her relationship with Biebs? Let us know what you think in the comments below!