Selena Gomez Dating Haze Banga Secretly: Leads On Justin Bieber By Toying With His Heart – Just Uses Him For Publicity! 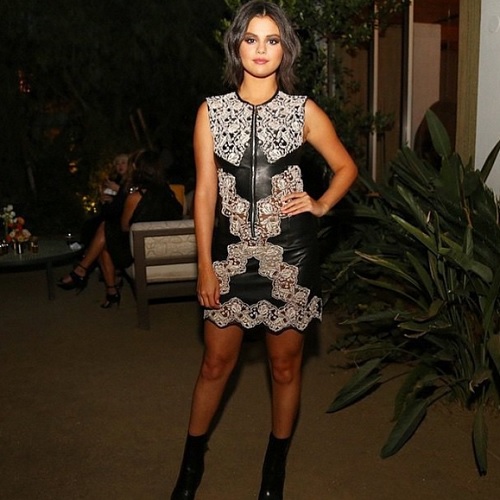 Is Selena Gomez getting back together with Justin Bieber? Maybe, but for the time being she’s toying with his heart and playing hard to get. Justin Bieber may have had Kendall Jenner on his arm at the Met Gala, and is now dating model Shanina Shaik, but at the end of the day he has made it very clear that he still wants to reconcile with Selena Gomez. Right now, the ball appears to be in Selena’s court, but this time she is making Justin squirm and playing hard to get.

As Justin Bieber was leaving the 2015 Met Gala he shouted to the paparazzi that he thought his ex-girlfriend Selena Gomez looked amazing at the event – further fueling rumors that they were getting back together. But our insiders say not so fast: Selena is milking the rumors that she and Justin are getting back together, and they are helping her promote her new album. However, she will most likely never trust Justin again.

We know Justin Bieber is a cheater and a womanizer, but sources say that Selena isn’t the innocent victim she likes everyone to believe. One pal dished to CDL, “Selena definitely still flirts with Justin and gives him reason to think they might get back together. But, she just does it to stay relevant. She knows that the ongoing saga between her and Justin is helping her singles sell and building up momentum for the album she is working on.”

Although Selena is thrilled with all of the buzz she is receiving about getting back together with Justin – it’s actually the last thing on her mind. Insiders claim that Selena’s relationship with producer Haze Banga is really heating up after their vacation with friends in Mexico – but she is trying to keep it as private as possible because she doesn’t want the media to cause problems between them like it did in her previous relationships.

Do you think it is wrong for Selena to lead Justin on and use him for publicity – or does he deserve it after all of the lies and cheating? How much longer can Selena milk the rumors about her and Justin? What do you think of her new boyfriend Haze Banga? Let us know in the comments below!