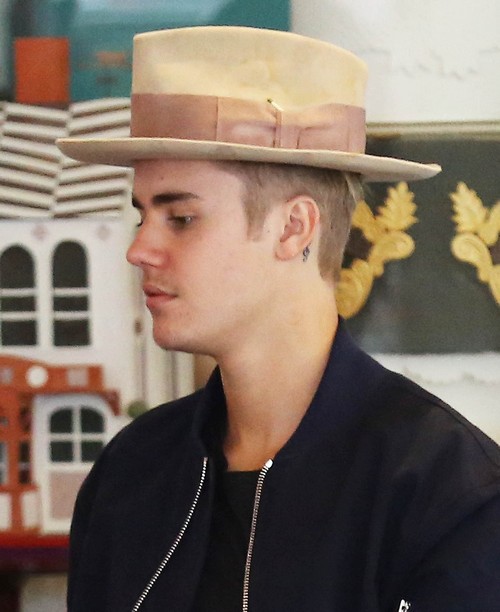 Ariana Grande and Justin Bieber are reportedly hooking up – and Selena Gomez is devastated. Selena Gomez recently broke up with her boyfriend DJ Zedd, and was trying to get back together with her on-again off-again boyfriend Biebs, but Ariana Grande threw a wrench in her plans. Just when Selena and Justin were on the verge of a reconciliation, Ariana came in to the picture and even is rumored to have cheated on her now ex Big Sean with Justin.

Selena Gomez and Zedd’s relationship crashed and burned last month when she confessed that she was still in love with Justin Bieber, and Zedd learned she was talking to him almost every day. Selena was well aware that there was a steady string of Instagram models and “close friends” in and out of Justin’s life, but she didn’t feel threatened because she always considered Justin’s hook-ups and late night booty call girls way beneath her. But, Justin’s new fling with Ariana Grande has Selena Gomez freaking out – she realizes that Ariana could be the girl that she really loses Justin to.

It’s impossible to keep up with the many women in Justin’s life, frankly we’re not even sure if he can remember all of their names. But Ariana Grande is not like the other girls – and Selena knows it. An insider close to Selena’s circle dished to CDL, “When Selena saw Justin and Ariana on stage together she was devastated. She knew right then that the rumors were true and Ariana and Justin have been hanging out together, and she is scared that Ariana is the one girl that she won’t be able to steal Justin back from.”

Selena Gomez has always had some major insecurity issues (no doubt courtesy of Biebs), so we can see why Ariana Grande would make SelGo unsure of herself. Ariana and Selena both sing and act – but Ariana is younger than Selena, has a way bigger following, and we can all agree that her music has gained way more positive reviews and awards and number one hits than anything Selena has ever churned out. It looks like Justin has a major decision to make – should he pursue a relationship with Ariana Grande and walk away from three years worth of history with Selena, or should he give Jelena one more chance? Let us know what you think in the comments below!