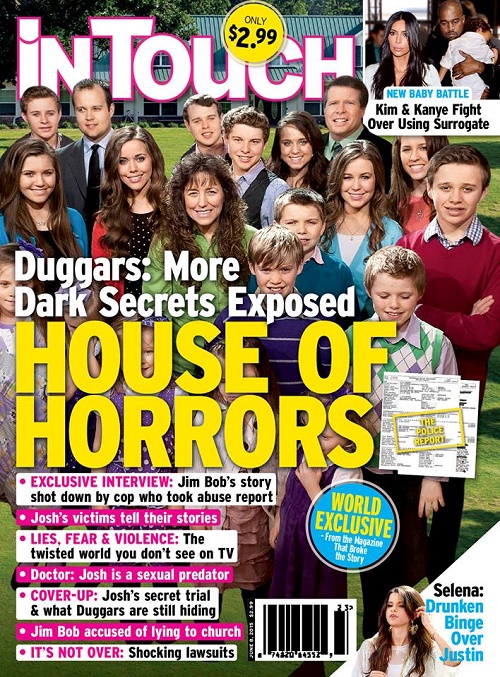 Selena Gomez and Justin Bieber are not getting back together – but that doesn’t mean the “I Want You To Know” singer is over her former boyfriend Biebs. As a matter of fact, it is quite the opposite. Selena Gomez is reportedly devastated that she and Justin Bieber couldn’t work through their differences and reconcile, and that he is moving on with his new girlfriend Jayde Pierce. And, according to a new report, Selena has been drinking away her sorrows.

The June 8 cover of In Touch Magazine features a photo of SelGo appearing flustered along with the headline, “Selena: Drunken Binge Over Justin.” This isn’t the first time Selena has been rumored to be partying a little too hard, she has been photographed a hot drunk mess on more than one occasion and even took a short trip to rehab – but insisted it was to deal with her emotional issues, not substance abuse. Frankly, we get stressed out just trying to keep Selena and Justin’s sordid romance straight – we can only imagine what it feels like to be Selena Gomez, it’s no wonder she allegedly turned to booze to take her mind off the drama.

And, in other gossip news, the In Touch cover teases some drama for Kimye. Apparently, Kim Kardashian and Kanye West are fighting a brutal baby battle and can’t stop bickering over whether or not to hire a surrogate mother, since Kim can’t get pregnant and is struggling with fertility problems. Of course this week’s edition of In Touch Magazine also covers the messy 19 Kids And Counting sex abuse scandal that has the internet going mad.

The tabloid teases that they have uncovered more shocking secrets from the “Duggar House Of Horrors.” Honestly – we’re not sure if anything In Touch has uncovered could beat the bombshell report that Josh Duggar allegedly sexually abused his own sisters. What could possibly be more shocking than that?

So do you think that Selena Gomez will need another trip back to rehab? Will she ever be completely over Justin Bieber? Are you still holding on to hope that they could get back together? Let us know what you think in the comments below!